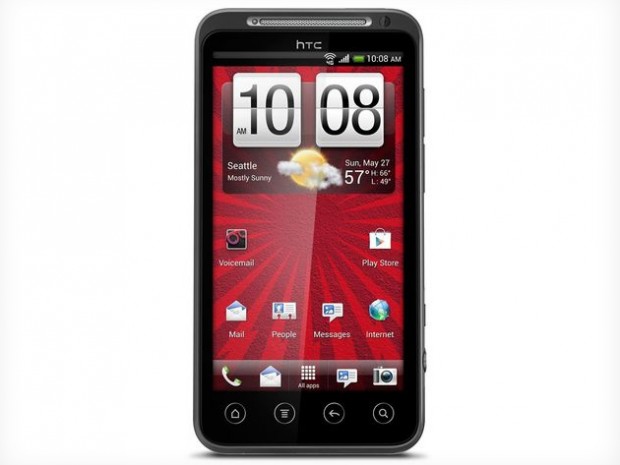 For the record, the EVO 3D will be getting the Android 4.0 update.

The EVO V 4G will be powered by a 1730 mAh battery and 1GB RAM – no word yet on the processor, and it will also feature a 4.3-inch qHD touchscreen, a 5MP camera in the rear and a 1.3MP camera in the front, 4GB of memory with an 8GB memory card included, and HDMI.

It’ll also come off-contract for the affordable price of $299.99. That’s a pretty solid price for a phone of this caliber that’s coming without the need for a two year commitment to the carrier.

Those interested will need a data plan though and Virgin Mobile will be offering data plans for the EVO V 4G that start as cheap as $35 a month. Of course, that won’t net customers much but there are pricier data plans for those that need more minutes and more data.