Sprint’s HTC EVO View 4G had been heavily rumored to be arriving at CTIA this week and so it was no surprise when the carrier announced their version of the HTC Flyer with 4G WiMax capabilities. 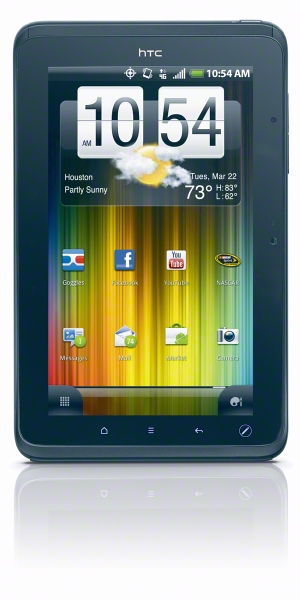 The EVO View 4G will be an Android 2.3 Gingerbread powered tablet as opposed to Android 3.0 Honeycomb with HTC confirming that it will be looking into upgrading to Honeycomb. It will also have HTC’s new Sense UI over the top of it and will support a digital pen stylus (HTC Scribe) with synchronized note-taking and audio recording capabilities.

We really enjoyed the pen stylus, the 4G speeds, the solid form factor, and the fact that HTC seems committed to getting the EVO View 4G up to Honeycomb and because of all that, we awarded it with the Best Tablet of CTIA.

It will be out sometime this summer at an unspecified price.