Sprint has begun taking pre-orders for their upcoming WiMAX enabled HTC Flyer, the HTC EVO View 4G, a tablet that won our award for the best tablet device at CTIA 2011 earlier this year. 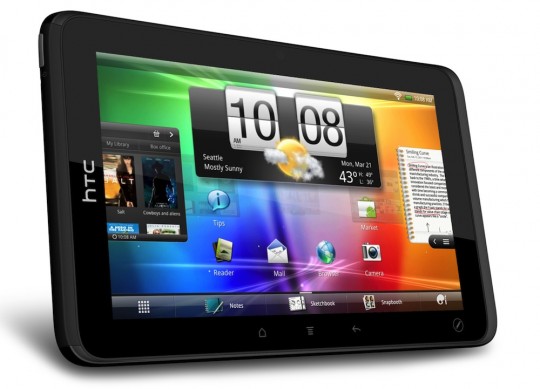 Much like its pre-order for the HTC EVO 3D, Sprint requires you to go into one of its retail stores in order to get your name on the pre-order list. It’s not free either. In fact, you’re going to have to throw down $50 for a gift card in order to make it happen.

Also, again similar to the launch of the EVO 3D, we have no clue as to how much the EVO View 4G tablet will cost when it arrives. It’s likely to cost more than the $499 Wi-Fi only HTC Flyer that just went on sale at Best Buy but how much more is unclear.

Luckily, we do know that it will be coming with the digital pen bundled in as Best Buy has been confirmed to be the only place that is going to sell the tablet without it bundled in.

And while the EVO View 4G is going to arrive with Android 2.3 Gingerbread on board, Sprint and HTC are committed to getting it to Android 3.0 Honeycomb, an update that will hopefully come shortly after launch.

So, if you’ve been waiting to throw down cold hard cash on a 7-inch, 4G enabled tablet, you now have the ability to do so. Just remember, the device has no release date so it could be awhile before you see it.