Along with the release date of the HTC EVO 3D smartphone, Sprint also announced the availability of its HTC EVO View 4G tablet aka WiMax HTC Flyer that will be available on June 24th, the same day that the EVO 3D makes its heralded arrival. 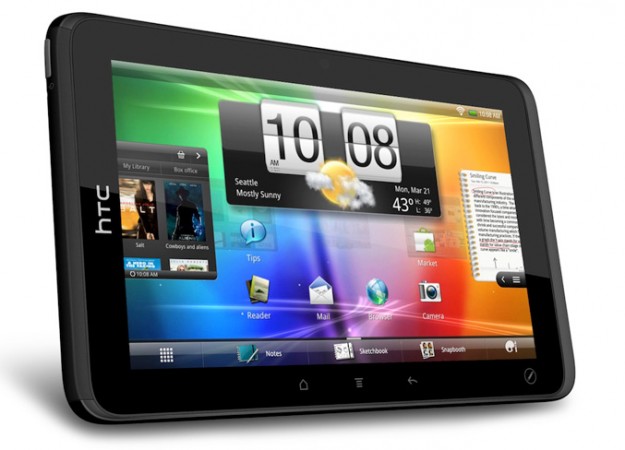 We had known that the 24th was a likely candidate for a launch date and Sprint has confirmed that to be the case. The carrier has also provided the details on the pricing and the EVO View 4G, which won our Best Tablet at CTIA 2011 award, will cost $400 when it hits shelves.

There are a few other details too. For those of you that are Sprint Premier customers, the tablet will be available starting June 21st which means it will be arriving in just about two weeks time. Also, Sprint will bundling the HTC Scribe pen for a limited time at no additional cost.

Rate plans for the tablet will start at $34.99 per month for 3GB of 3G data and will also be compatible with unlimited 4G data usage over Sprint’s WiMax network. GPS Navigation will cost $2.99 per day or $10 a month and mobile hotspot support will run you an extra $30.

The HTC EVO View 4G will run be powered by a single-core 1.5GHz Qualcomm Snapdragon processor and will have 32GB internal memory, 1GB RAM and a microSD card slot for additional space. It’ll also have a 7-inch 1024 x 600 touchscreen display with pinch-to-zoom, a rear 5 mega pixel camera and a front facing 1.3 mega pixel camera, and it will come with Android Gingerbread at the start.