HTC’s first Android tablet, the HTC Flyer, which has been rumored for some time, is debuting at Mobile World Congress with Android 2.4, which will also be called Gingerbread like Android 2.3, and not the Android 3.0 version that is debuting on the recent crops of slate such as the Motorola Xoom and the LG Optimus Pad. The 7-inch tablet will feature a single-core 1.5 GHz Snapdragon CPU, 32 GB of internal memory, a 5-megapixel rear camera, 1.3-megapixel front-facing camera, and an all-aluminum body with capacitive glass touchscreen. There’s also a new version of the proprietary HTC Sense user interface overlay that’s been re-designed for the tablet experience running on Android 2.4. 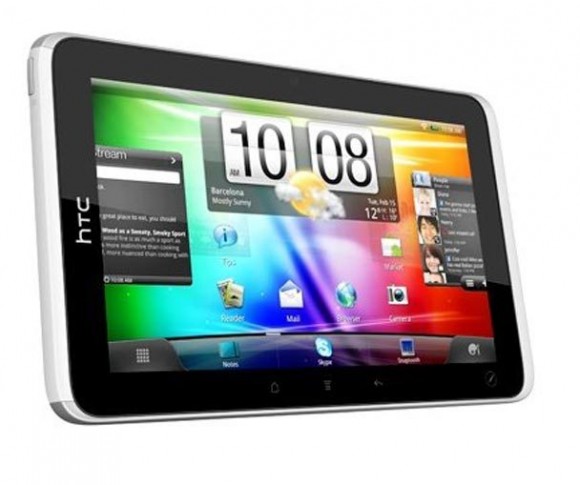 The device also comes with a stylus, but won’t be required for daily use. According to HTC, the stylus is for tasks where people would feel more comfortable with a pen–like note-taking, drawing, or jotting reminders.

The HTC Flyer, like the HTC Cha Cha and HTC Salsa Facebook phones, will launch in the second quarter.