The HTC T6, thought to actually be called the HTC One Max, is rumored to be coming later on this year to compete against the Samsung Galaxy Note 3. And while things are still early, a sketch allegedly depicting the HTC T6, or something like it, has leaked out offering a glimpse at what HTC’s high-end phablet might look like.

Rumors of a Samsung Galaxy Note 3 have been sprouting up on a near daily basis and now, those rumors have been joined by whispers about a serious competitor from HTC in the form of a larger HTC One model dubbed the HTC T6 or HTC One Max that is said to be coming to shelves to compete with the Galaxy Note series later this year. 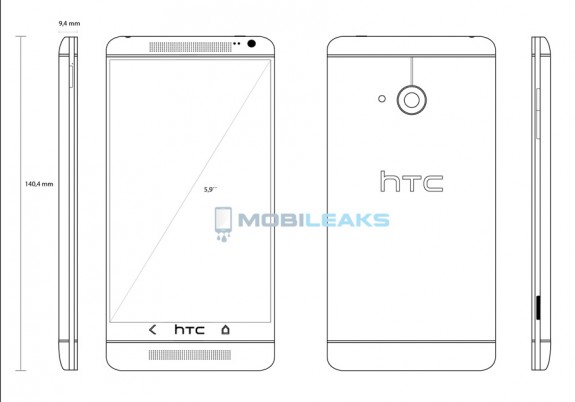 This could be the HTC T6, also known as the HTC One Max, a Galaxy Note 3 competitor.

Neither device is expected to emerge until way later in the year and while the Galaxy Note 3 design remains entrenched in darkness and likely will be until much closer to its launch, the HTC T6 design may have made an appearance today in the form of a sketch.

According to Mobile Leaks, a Dutch-language site, this is a sketch of the HTC T6, a sketch that seems to show off a couple of different specifications. Included is a 5.9-inch display, something that has emerged in leaks and a 9.4mm frame. The Galaxy Note 3 is rumored to be 8mm thin. The device itself appears to be a larger version of the HTC One.

While the sketch matches up with rumors, the photo should be taken with a hefty grain of salt as it’s still extremely early with the HTC T6 though to be several months out at least. Of course, HTC is also likely hard at work at developing this product so it’s also entirely possible that this sketch is authentic but at this point, that can’t be confirmed. 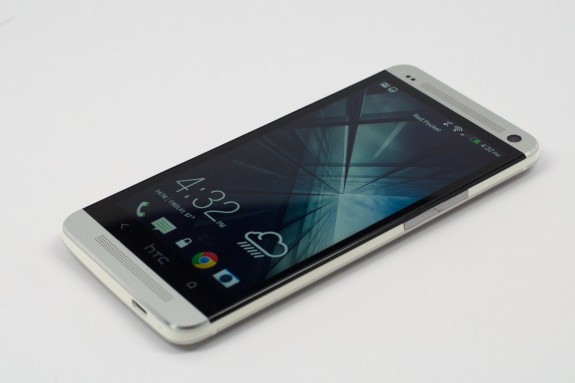 The HTC One Max might be a larger version of the HTC One.

What appears likely though is an HTC phablet that challenges the Samsung Galaxy Note 3 for supremacy in the phablet world. Last year’s One series saw the release of several different phones and this year, we’ve only seen the HTC One, but know that HTC won’t be stopping there.

The HTC One Mini is heavily rumored for arrival and an HTC One Max would shore up the company’s lineup by offering consumers a big screen option in addition to a 4.3-inch One Mini and 4.7-inch regular sized device.