HTC may be looking at utilizing more plastics in its smartphone casing in future phones in a move away from its signature ubibody aluminum designs that was popularized on phones like the international GSM HTC Hero, the HTC Desire and HTC Inspire 4G for AT&T, and the HTC Sensation. The company’s utilization of plastic would move it in the direction of rival smartphone-maker Samsung in terms of material choice as Samsung has been referred to as the ‘king of plastic’ by those in the mobile world. 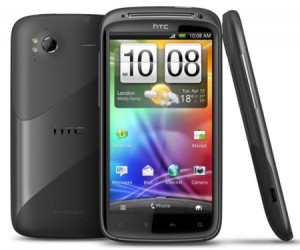 News, or speculations, of HTC’s intent to go with plastics and unibody plastics appeared on DigiTimes, which reported that stock shares of HTC’s supplier went down upon the news. Catcher, which currently provides HTC with unibody aluminum frames, had seen a decline in its share price after the news, though Catcher remains optimistic as it had landed contracts for future notebook orders from other OEMs.

It’s unclear if HTC’s move to plastic casings is driven by cost–plastics would be cheaper and easier to make than a unibody aluminum case–or if it’s derived from recent negative publicity surrounding HTC’s Android Sensation handset where there were antenna issues. Metal is much less friendly to wireless signals and a plastic case would help with reception issues.