It appears that HTC has been granted a patent on face to unlock on a mobile device with a front-facing camera. The feature, which had debuted first on Google’s Android 4.0 Ice Cream Sandwich operating system and is available on any number of Android smartphones and tablets running the software, including the Samsung Galaxy Nexus and even HTC phones such as the One X, may create an interesting environment within the Android ecosystem with HTC, an Android licensee, owning the patent behind a core Android OS technology. 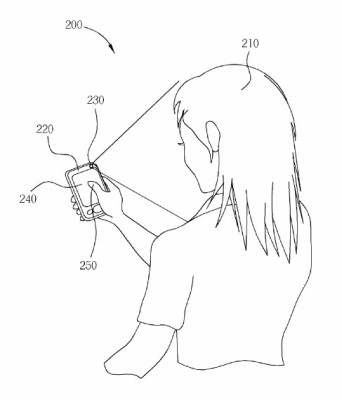 With patent litigation on the rise with various smartphone manufacturers suing each other for infringing use of intellectual property, it’s unclear if HTC will leverage its new patent against rival Android licensees and even Google. The company may be unlikely to challenge Google on the matter, but could potentially prevent hardware rivals from using face to unlock on their phones and tablets without having to pay a royalty or licensing fee first.

According to Unwired View, HTC’s patent is for a ‘method for unlocking a locked computing device includes obtaining biometric information utilizing the computing device.’ The patent mentions biometrics, and more specifically face to unlock:

2. The method of claim 1, further comprising: maintaining a locked status of the computing device when the biometric information does not meet the predetermined requirement.

3. The method of claim 1, wherein the predetermined requirement comprises a facial profile existing in the image and being of a human face.

6. The method of claim 1, wherein the computing device is a mobile phone.

Interestingly, though, HTC further continues its biometrics claims with a fingerprint sensor. That method was first employed commercially on an Android smartphone on the Motorola Atrix 4G for AT&T, which debuted at the Consumer Electronics Show in early 2011. Fingerprint scanners were also employed prior to the Atrix 4G on Windows Phone models, such as the LG Expo, a business-centric phone that was marketed with an add-on accessory for a pico projector.

Despite Samsung being first to market with Android 4.0 Ice Cream Sandwich and face unlock with the front-facing camera and Motorola being first to commercialize a biometric fingerprint sensor on Android, it seems that HTC may have applied for the patent first and is now just granted the patent for these technologies. Will HTC go after its rivals for patent infringement?