The HTC Holiday, a device that may or may not be AT&T’s first 4G LTE smartphone, has leaked out again today in another series of photos that give us another glimpse at its form factor and also a peek at how it’s running on AT&T’s next-generation network. The speed tests, apparently taken in the Dallas/Fort Worth of Texas show off absolutely blazing speeds with the Holiday hitting 29Mbps down.

Of course, AT&T’s network doesn’t have much traffic right now. The carrier has only launched a modem, a hotspot and a tablet called the HTC Jetstream which costs $700 on-contract. 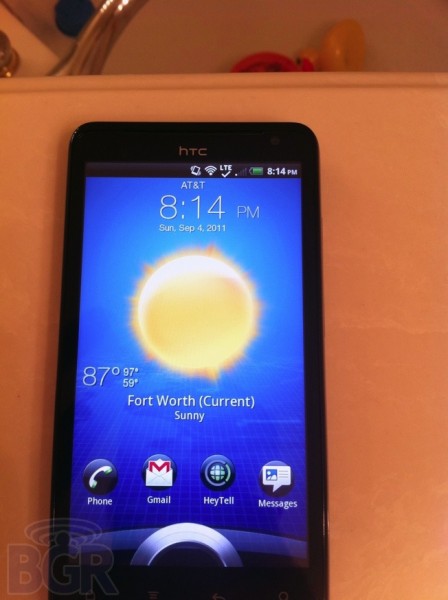 Still, we like what we see from the HTC Holiday, a device that is said to sport a a 4.5-inch qHD touchscreen, 1.2GHz dual-core processor, 8MP camera in the rear, 1.3MP front facing camera, and 1GB of memory, Android 2.3.4 Gingerbread and HTC Sense 3.0. 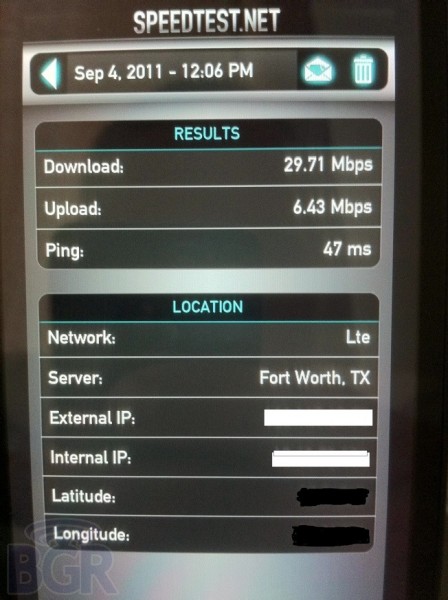 No release date or pricing yet on the HTC Holiday although AT&T has said it would, at the very least, launch one 4G LTE smartphone in 2011.