HTC just announced a host of new devices at IFA 2011 in Berlin including two Windows Phone Mango handsets and a 4G LTE tablet called the HTC Jetstream for AT&T so it’s a little curious that the company just started sending out invitations to a mysterious event taking place on September 20th in New York City. All the invite says is that the company wants the invitees to ‘Come celebrate in style with HTC.’

Unfortunately, as TechCrunch points out, the invite isn’t like a Samsung invite where the writing is blatantly on the wall. Remember the Galaxy S II invite? No, this invitation is shrouded in mystery. 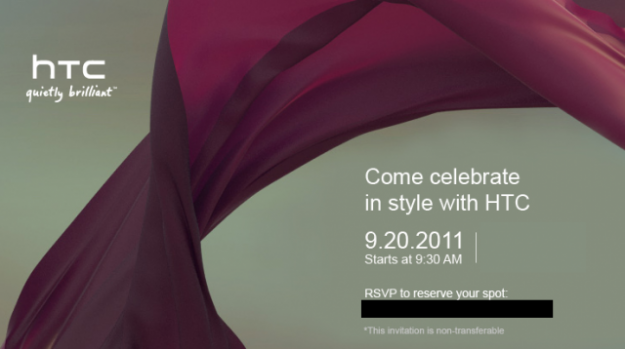 Now, what could this possibly be?

There is no mention of a product launch anywhere on the invitation itself but then, why would they be sending out media invites if there wasn’t something that needed to be covered?