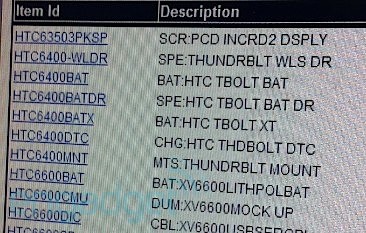 The Droid Incredible was originally released with a 3.7-inch WVGA AMOLED screen. However, mid-cycled, HTC was forced to use an LCD-based display technology instead of the AMOLED display as supply constraints with the AMOLED display along with popular demand have created constant shortages for the smartphone. The device also had an 8-megapixel camera and represented Verizon Wireless’s smaller alternative to the popular HTC EVO 4G on rival Sprint’s network.

The Incredible S will increase the display size of the original Droid Incredible to 4-inch and the device will have a Super LCD screen. The device is shipping now in the UK with Android 2.2 Froyo, though HTC promises that an Android 2.3 Gingerbread update is forthcoming. It will sport a 1 GHz Qualcomm single-core CPU.