Last we heard from the HTC Kingdom, it’s specs had leaked out along with an image. Well, it’s back in the news as it has made its way through the FCC on its way to a release at some point in the future on Sprint. 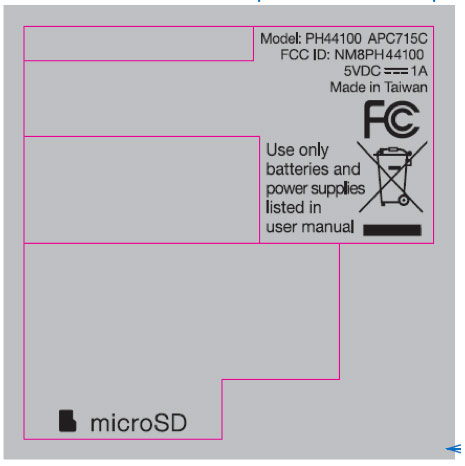 The device, known as the PH44100 at the FCC, is definitely going to have a 4.3-inch qHD display and it definitely has CDMA and WiMax bands but other than that, the FCC filing reveals little else. Fortunately, we do have some other rumored specifications and they look pretty decent.

Supposedly, the Kingdom is going to employ a 1.2GHz single-core Scorpion processor,  a 5MP rear camera, a 1.3MP front facing camera, an Adreno 205 GPU, and a Qualcomm MSM7630 chipset which means it will be a CDMA world phone. It’ll also have Gingerbread right out of the box and will apparently have support for Bluetooth 3.0 as well.

So, a single-core world phone with WiMax support. It’s looking like it’s going to be the poor man’s verison of the recently announced Motorola Photon 4G which hits Sprint at some point this summer.

However, if the pricing is right, expect this thing with its high-res screen, HTC design and world capabilities to be a pretty hot commodity when it’s released. Whenever that may be.