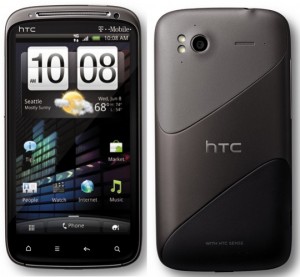 The newly launched Google Music cloud streaming service is a good step in the right direction for Google as the company tries to compete with Apple’s iTunes in the content delivery space on mobile devices, but it still lacks a true MP3 download store. That void is being filled by HTC Listen, the second content service offered by the traditional smartphone hardware manufacturer as it tries to create an ecosystem for Android users on its devices to rival Apple’s iPhone, which integrates with iTunes.

In addition to announcing the HTC Sensation 4G, T-Mobile USA also announced that its Android 2.3 Gingerbread dual-core handset will be launching with integrated HTC services, like the HTC Watch for videos download and rental, and HTC Listen for music purchases. Unlike HTC Watch, however, purchases from HTC Listen will be DRM-free, it sounds like, as T-Mobile says, that users have the “freedom to transfer purchases to another device or computer.”

Of course, if you purchase tunes from HTC Listen, you can always upload it to Google Music to free up storage on your phone or memory card. That way, you can stream the content wherever you have Internet connectivity.

HTC Watch is currently available on the HTC Flyer tablet, also running Android 2.3 Gingerbread and the latest version of HTC Sense that’s also found on the HTC Sensation. It’s unclear if the Flyer and HTC EVO 3D will also get the HTC Listen service.

As Google currently lacks the content needed to create an ecosystem right now, manufacturers and carriers are creating their own stores and services. Samsung has its own digital hub where users can access e-books, magazines, music, and movies while Verizon Wireless is bundling its own V-Cast apps or making those apps available on select devices for purchase of additional content. It’s unclear if Google will begin to expand its digital offerings beyond Google Books for more types of e-content in the future, but for now HTC has teamed with Kobo to deliver e-books, Press Reader for magazines, and now launched its HTC Watch and HTC Listen services. An alternative to HTC Listen is the Amazon MP3 app, which taps into the Amazon MP3 store for DRM-free downloads.