Originally, the HTC M4 was rumored to be a simple variant of the Facebook-centric HTC First smartphone without the Home UI preloaded, but now it appears that HTC may be taking a page out of its One playbook for the mid-range smartphone. The HTC M4 is now said to be part of the struggling smartphone-maker’s mid-range lineup that will feature a similar metal alloy construction as the One and will also come with the highly acclaimed Ultrapixel camera that will allow the phone to capture images in dark lighting conditions. 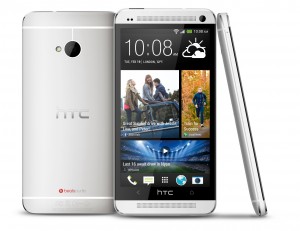 A report by Digitimes suggest that Catcher Technology will supply HTC with the metal alloy body to be used in the HTC M4. The smartphone will begin shipping in June, according to that report.

So far, HTC has not commented or announced the HTC M4 smartphone. The company did say in the past that it would be bringing its Ultrapixel camera technology to mid-range smartphones, lending some credence to this latest rumor.

HTC may have another mid-range device with lower specs in the form of the HTC 606w that was also rumored recently. That device features the HTC BoomSound front-facing stereo speakers borrowed from the HTC One design.

According to a report on BGR, the HTC M4 would be a higher-end mid-range device, featuring a 720p HD display and Qualcomm Snapdragon 400 processor. And the device will have a more compact 4.3-inch display, a trend that HTC is trying to forge against Samsung’s increasingly large screen sizes.

Given that the HTC One is winning praises with its designs, an even more affordable mid-range HTC M4 may help HTC appeal to a more broad smartphone audience.