It appears that the highly anticipated HTC M7 launch date, a launch that was rumored to be coming at Mobile World Congress in late February, may not arrive at MWC 2013 at all according to a new rumor. In fact, HTC might be taking the wraps off of its latest device at an event prior to the event on February 19th in London.

So far, the HTC M7 launch date has been rumored to be coming at Mobile World Congress in Barcelona, an event that kicks off on February 25th. The event is the same event that HTC used to introduce the HTC One X in 2012, its flagship that went on to launch in several regions weeks later. However, it looks like HTC might be looking to pull a Samsung and announce its flagship, rumored to be the HTC M7, at an event separate from MWC 2013. 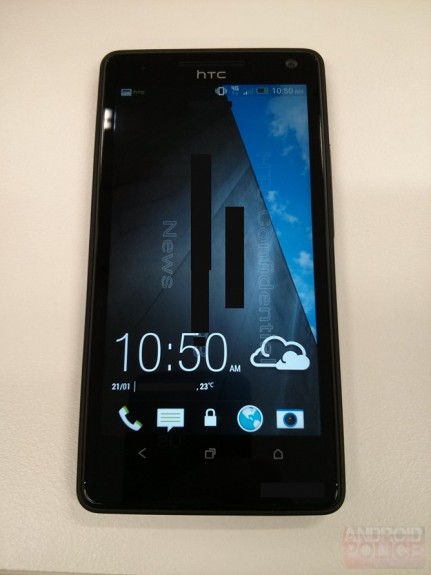 According to a tweet, courtesy of UnwiredView, from someone claiming to have inside knowledge of HTC’s plans, it appears that HTC might be planning to announce the HTC M7 at an event on February 19th, a date that comes ahead of Mobile World Congress. The person who relayed this information isn’t sure, but it appears that the event could take place in London rather than in Spain.

If true, HTC would likely be pulling a move out of Samsung’s book, and using its own press event to promote its flagship smartphone. Last year, Samsung introduced its Galaxy S3 at an Unpacked event in London, several months after MWC, and it could be that HTC opts to do the same.

Already, Samsung is rumored to not be announcing the Galaxy S4 at MWC 2013, with an Unpacked event rumored to be taking place on March 22nd with a release date scheduled for some time in April.

The HTC M7 is rumored to be HTC’s upcoming replacement for the HTC One X, its 2012 flagship, and it’s shaping up to be a great release for consumers. The device is rumored to have a 4.7-inch 1080p display, speedy quad-core processor, 13MP camera, and Android Jelly Bean, likely Android 4.2, the latest firmware from Google. It’s also supposed to be running HTC’s new HTC Sense 5.0 UI over the top of Android.

Additionally, it looks like HTC might be stealing another page out of Samsung’s book by putting the HTC M7 on several U.S. carriers rather than just one. AT&T, Sprint and Verizon are all rumored to be carriers of the HTC M7 with T-Mobile remaining a possibility as well.

Last year’s HTC One X only launched on AT&T while the Galaxy S3 arrived on the five largest carriers in the U.S.