The HTC M7, rumored to be HTC’s flagship smartphone for the first half of 2013, may be launching at CES 2013 in Las Vegas in just a couple of days and it might include software buttons and not hardware buttons.

According to the reliable Football4PDA Twitter account, HTC may be gearing up for a launch of the HTC M7, the company’s supposed Samsung Galaxy S4 competitor at CES 2013 which is set to kick off in Las Vegas in just a few short days. The information is said to have come indirectly, which certainly leaves open the possibility of it being untrue, but it’s certainly possible that HTC might be looking to get a head start on the Galaxy S4, a device rumored to be coming at MWC 2013.

So far, this is the first we’ve heard of a possible HTC M7 launch at CES 2013 with all other rumors pointing squarely at Mobile World Congress 2013 in Barcelona, an event that will take place towards the end of February. However, given that MWC is also the rumored launch date for the Galaxy S4, HTC might be trying to avoid being overshadowed by the Galaxy S4. 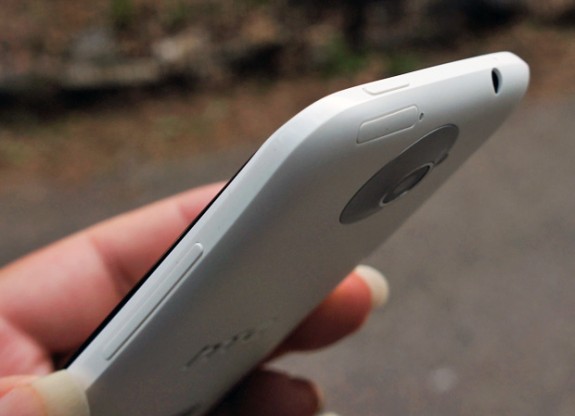 Still, even the Galaxy S4’s launch date isn’t set in stone with rumors swirling around about MWC 2013 as well as a potential separate launch event that might take place further down the road. Samsung after all did launch the Samsung Galaxy S3 at its own event in London during the month of May, and it’s possible that the company will repeat with the Galaxy S4.

By some indirect information M7 might be announced on CES event. Moreover it might have screen buttons instead of hardware touch buttons…

At the very least, it’s looking more and more likely that HTC won’t wait past February, the same month that it announced its 2012 flagship HTC One X, to announce its upcoming HTC M7.

The HTC M7 is shaping up to be a high-end smartphone with many of its features leaking to the surface including its supposed 4.7-inch 1080p display, 1.7GHz quad-core processor, unibody design, 13MP camera, and Android Jelly Bean. The version of Jelly Bean is not yet known but we imagine it will likely be Android 4.2, Google’s latest piece of software.

In addition to the rumors about the launch date, the Football4PDA Twitter account suggests that the phone may ditch hardware buttons in favor of software buttons.