The oft-rumored HTC M7, a device that is said to be HTC’s 2013 flagship smartphone, has leaked out in a possible picture today alongside potential images of its new HTC Sense 5 software.

In recent weeks, the HTC M7 has leaked out numerous times alongside potential specifications, launch dates and release dates. However, until today, we hadn’t seen any potential images of the Android flagship emerge. Today though, purported HTC M7 photos from Weibo, courtesy of PocketNow, emerged showcasing what could be HTC Sense 5 and better yet, the HTC M7 itself. 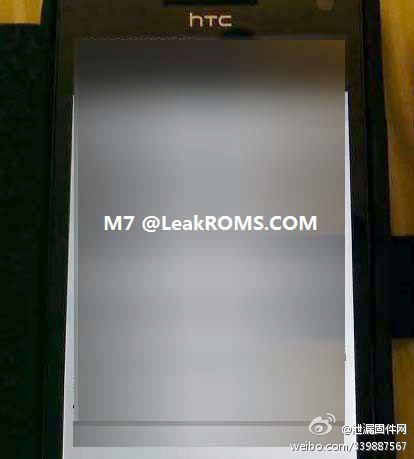 This photo could show off the HTC M7.

The image of the HTC M7 isn’t the cleanest image of the device, but it does offer a potential glimpse at what could very well be the next big name smartphone to come out of HTC. The image unfortunately doesn’t confirm whether the HTC M7 will use an aluminum design similar to the HTC One X or if it will follow the Droid DNA and use a soft-touch material instead.

Rumors have suggested the that phone employs an all-black design and from this photo, which again isn’t confirmed to be the HTC M7, it appears to have a black hue to the frame. 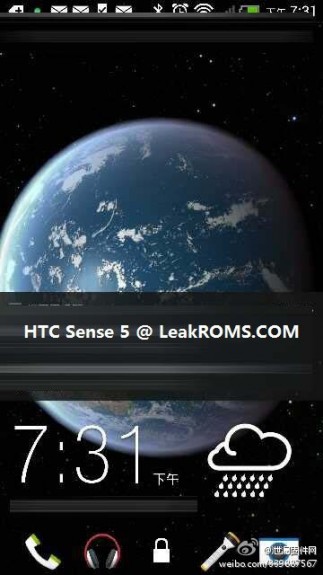 HTC Sense 5 is rumored to have a new lock screen. This could be it.

The other photos show off what could be HTC’s latest version of HTC Sense, rumored to be called the HTC Sense 5. The images show what appears to be the new lock screen, something rumored to be coming with the new software as well as the device’s Settings page that features new toggles. Previous rumors indicated that Sense 5 would be taking a “simple and clean” look.

Software is rumored to be Android Jelly Bean though the version is, as of yet, unknown. The HTC M7 is also evidently going to be coming, at the very least, to Sprint’s 4G LTE network.