With 2012 coming to a close, and 2013 quickly on the way, smartphones rumored to be on the way next year are already starting to emerge. Already, we’ve seen rumors in regards to the Apple iPhone 5S, Samsung Galaxy S4 and more recently, the Android smartphone that will supposedly replace HTC’s high-end 2012 flagship, the HTC One X, in the HTC M7.

Still, it will definitely have challengers and one of those devices will likely be a high-end smartphone from HTC called the HTC M7. 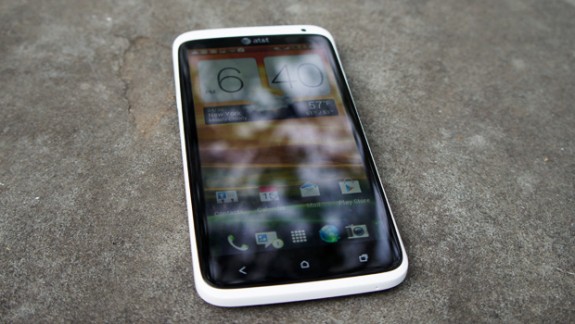 The HTC M7 will likely replace the HTC One X, seen here.

The HTC M7 is currently rumored to be the replacement for HTC’s high-end smartphone, the HTC One X, which was the Chinese manufacturers biggest-name from its HTC One Series of devices. The HTC One X launched on AT&T’s 4G LTE network and it also hit Sprint as a variant called the HTC EVO 4G LTE. Both devices were met with great reviews but still, they could not topple the Galaxy S3.

With the HTC M7, the company will likely be hoping to change its fortune and that’s why the device, even if it’s just rumor at this point, is so exciting. And believe us, there are HTC M7 rumors aplenty. Yesterday, a massive leaked seemed to hint at not only features on board the HTC M7, but also at carriers and a launch date.

So what has been said about the HTC M7 thus far? Here, we take a close look at everything we know so far about the upcoming HTC M7 release date, features, software, and more. 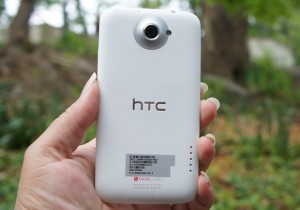 The HTC M7 launch date is pegged for February.

Several reports have pegged the HTC M7 launch date in February which likely means that the HTC M7 will be introduced at the Mobile World Congress in Barcelona, Spain. MWC 2013 kicks off on February 25th so that date is likely going to be the day when HTC takes the curtains off of the M7 for the world to see.

This launch date isn’t surprising because last year, HTC announced the HTC One X at MWC 2012 and subsequently released it in April in some countries. For the United States, the device did not arrive on AT&T until May, several months after its announcement.

Right now, the HTC M7 release date is rumored to be taking place in March, much earlier than last year’s April release. HTC will more than likely launch it in regions not called the United States first and then release it to American carriers at some point afterward. If it follows a similar pattern to the HTC One X, April looks like a possible launch month in the U.S.

Keep in mind, the notorious evleaks is saying that the HTC M7 could arrive in a multitude of U.S. carriers including AT&T, T-Mobile, Sprint and Verizon and that could mean staggered release dates.

Carriers often don’t launch the same phone on the same day unless it’s the iPhone so if the HTC M7 does indeed launch on the four largest carriers in the U.S., look for it to have different release dates for each.

Thus far, the rumors point to HTC employing a unibody aluminum design on the HTC M7. And while specific dimensions are not yet know, expect HTC to keep the phone thin, something that has become a part of its smartphone identity. Just how thin though remains a mystery.

There are no photos of the HTC M7 as of yet so it’s difficult to paint a picture of the device but based on past releases and the rumored design, we can make some guesses at this point.

One, expect the camera in the center back of the device just like the HTC One X. This worked for the One X and we doubt HTC will change it up with the HTC M7. Two, if the design is a unibody design, don’t expect a removable battery or a microSD card slot.

There will almost certainly be some cosmetic changes from the HTC One X but at this point, none of those are known.

In November, HTC and Verizon released the Droid DNA, the first smartphone in the U.S. with a full 1080p HD display. That device has signaled a trend for 2013 and already, we’re hearing that the HTC M7 will also be coming with a large 1080p display.

Current rumors point to the HTC M7 as having a 4.7-inch 1080p display, likely with 440 or 441 pixels-per-inch. This would put it on par with the Droid DNA and likely with phones like the Galaxy S4 in terms of resolution and PPI, but the screen is looking like it will be smaller than the Droid DNA’s and Galaxy S4’s which will enhance its pocketability.

It also means that the HTC M7 will boast a display that offers gorgeous images and video and also displays rich and vivid text. All in all, it will be a vast improvement over what the HTC One X display, which was fantastic in its own right, had to offer.

Something else to keep in mind is that the HTC One X also employed a 4.7-inch display which again, if the rumors are true, points to the possibility of HTC sticking to a formula and possibly tweaking instead of overhauling the HTC One X with the HTC M7.

Besides the display and form factor, the HTC M7 is rumored to boast some other impressive specifications that should make it a solid competitor to the iPhone 5 and the Samsung Galaxy S4 to name just two.

The rumors suggest that it will sport a 1.7GHz quad-core processor that is Snapdragon in nature. That is extremely likely given the current Android landscape which has several quad-core powered devices on the market. Even HTC’s HTC One X+ has a quad-core processor on board, so, it’s not surprising to see the HTC M7 rumored to have quad-core capabilities. If true, the feature will bring smooth gaming and fast multitasking.

The HTC M7 will likely compete against the iPhone 5 and Galaxy S4.

In addition to the quad-core processor, the HTC M7 is rumored to have 2GB of RAM to help power the device, stereo speakers and a Beats audio amplifier, a 13MP rear camera which would be a step up from the 8MP camera on the HTC One X, and a 2MP front-facing camera that likely supports wide view like the camera on the Droid DNA. It’s also supposed to have a 2,300 mAh battery which is nice but certainly not as big as some of its competitors, like the Galaxy Note 2 and Droid RAZR MAXX HD.

Additionally, 4G LTE support is said to be on board and that means it will likely run on 4G LTE networks in the U.S. Rumored carriers include Sprint and Verizon at the moment though the window is open for other carriers to hop on board and it would be weird to see AT&T not get the device as it carried the HTC One X last year. T-Mobile will also have a 4G LTE network go live in 2013 and it carried the HTC One S last year so it’s not out of the question either.

So, it could be that this phone not only runs on all four of the major U.S. carriers but on their 4G LTE networks as well.

The HTC M7 is rumored to have Android Jelly Bean on board though the version of the software is currently unknown. Likely, it will be the Android 4.2 Jelly Bean update that Google rolled out in November and which has since hit several Nexus devices.

By the time February and March roll around, Google I/O 2013 will only be a few months away. Google shifted the event to May of this year instead of during the summer. That’s important because it means that Android 5.0 Key Lime Pie may come out during the month of May.

Thus far, it’s looking like the HTC M7 won’t have that operating system on board which could put it at a distinct disadvantage if the Samsung Galaxy S4 gets Android 5.0 right off the bat, as is rumored.

The HTC M7 price is currently unknown and thus far, no rumors have emerged. However, it would be strange to see HTC launch the M7 for a price that’s over $199.99 on-contract given that the iPhone 5 retails for that, the Galaxy S4 will likely retail for that, and that’s the standard price that we’ve come to see from flagship devices.

It could be that individual carriers charge differently, but expect $199.99 on-contract for the HTC M7, at least in the United States.