While we had suspicions of U.S. Cellular’s plans for the HTC Merge, the carrier has come clean today and announced that the long awaited debut of the Android smartphone will indeed take place in five days time on May 31st. 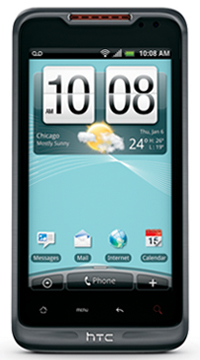 In a message on their Facebook page, U.S. Cellular confirmed the release date of the HTC Merge and also stated that it would be coming with a tweaked version of HTC Sense that allows for remote wiping of the device in case it gets lost.

The Android-powered HTC Merge is officially launching on May 31! UPS trucks will start arriving at stores starting tomorrow so call your local U.S. Cellular location for availability. The HTC Merge has an updated Sense UI which gives you the ability to remote wipe your device if it is lost, by simply logging onto a Web site. Never worry about your information falling into the wrong hands again.

U.S. Cellular is going to be offering the device for $150 on a new two year contract and for those that want to put down money right now for it, it looks like U.S. Cellular stores might be willing to part with the Merge before its official release date.

Anyone going to be picking one up?