It appears that the HTC Omega aka HTC Radar leaks are going to continue all the way up until HTC makes an announcement at the IFA conference in Berlin as the phone has now appeared on video shortly after its full specification sheet leaked out and a few days after the phone leaked out in its very first photo. Just in case you had your doubts about how the HTC Radar would look, this two minute clip from TechRadar.gr should ease your mind.

The video gives us a good look at the Radar’s form factor and its software, which is Microsoft’s latest and greatest Windows Phone 7.5 Mango, and the tour should help some of start leaning one way or another on the fence. 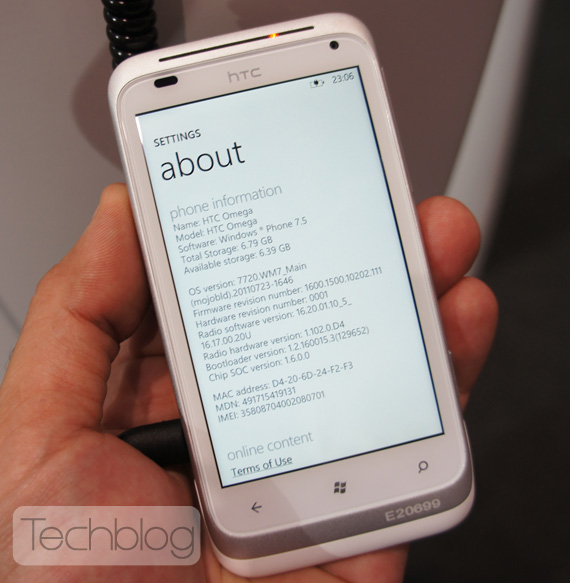 Just in case you missed it, the Radar is going to feature:

Not bad. And that form factor makes everything just a little bit sweeter.

We should see an official announcement regarding the HTC Radar later on today and hopefully, just maybe, HTC and Microsoft might give us some pricing and/or release date info.