Last month, the HTC One arrived on shelves in regions across the world including in the United States where AT&T, Sprint and T-Mobile welcomed it with open arms. And now that the dust has settled, and the device has made itself comfortable on the shelves of those three major carriers, it’s time to assess the situation and take a look at the five most important things that consumers should now know about HTC’s most current flagship device.

In February, HTC took the curtain down from around the HTC One, a device that was previously known as the HTC M7 and the successor to last year’s One series of devices. Rumors outed the device ahead of the schedule but that didn’t and hasn’t stopped the device from becoming one of the premier devices on the market and a serious competitor to the likes of the iPhone 5 and the Samsung Galaxy S4.

The HTC One offers a host of enticing features that make it one of the top options on the market. It features a 4.7-inch 1080p display, one that is smaller than most of the flagships that we’ve seen in emerge in recent months. It sports a speedy quad-core processor. An Ultrapixel camera that shoots some marvelous photos, particularly in low light. And it also has a full-metal design that is as sleek as they come.

Now that the device arrived on shelves last month, it doesn’t mean that its bowing out of the spotlight or becoming any less intriguing. In fact, while the release smoke is still settling, it hasn’t settled completely and there are still some loose ends when it comes to the HTC One release. There are also some post-release tidbits that potential buyers should know about as well, tidbits that aren’t necessarily readily available on the surface.

With that, here are the five new things that consumers need to know about the newly released HTC One.

More Colors on the Way

Earlier this year, HTC announced the HTC One in two different colors: Silver and Black. Shortly after the event, the company put a red HTC One up on its website which was extremely peculiar as it hadn’t announced a red HTC One model. And while the company has essentially tried to erase that blunder from the minds of critics and consumers, it appears that the red HTC One is still on the way.

The red HTC One is likely on the way.

The red HTC One is likely a real device and we could be just a short time from its arrival now that the HTC One is out on shelves.

One other color that should be arriving in the coming weeks is a black version of the AT&T HTC One which has leaked, but has yet to make an appearance on shelves. AT&T still won’t confirm a date for the device’s arrival but we imagine that it will be out on shelves before the end of summer to compete with AT&T’s various other options. 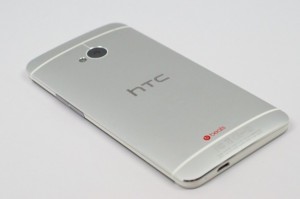 The HTC One may never come to Verizon as the HTC One.

Here we are, several months later, and the rumored Verizon HTC One has yet to hit shelves. Despite being heavily rumored both prior and immediately after the HTC One launch, there is still no sign of a Verizon version of the HTC One, a version that many consumers have been clamoring about thanks to the carrier’s fantastic customer service and massive 4G LTE network.

At this point, it’s looking like Verizon may not get the HTC One that is on shelves right now. In fact, recent news points to it potentially getting another HTC device to replace the Droid DNA.

HTC and Verizon remain committed to the Droid DNA, we know this thanks to HTC’s head of PR in North America who said that very thing and exclaimed that the Droid DNA can compete with phones from 2013. He’s right, of course. The Droid DNA remains a solid phone and one that has only been on shelves since November. It’s likely the reason why Verizon has thus far passed on the HTC One.

That means that Verizon is likely in no rush to replace it and may instead be waiting for HTC to debut the new HTC Butterfly 2, the sequel to the Butterfly, the device that arrived on Verizon as the Droid DNA. We have theorized that Verizon is going to be waiting for this device instead of releasing an HTC One so long after the fact. We have also put forth a theory that the Butterfly 2 or Droid DNA 2 could be a supercharged HTC One with a 5-inch display, metal design, Ultrapixel camera and Android 4.2.

Whether that ends up being the case isn’t clear yet but our money is on Verizon passing on the HTC One in favor of the Butterfly 2 which could very well just be a larger version of the One.

HTC One Has Storage Issues Too 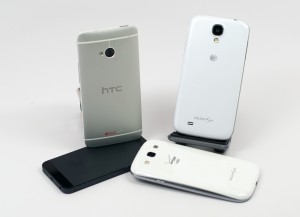 The Galaxy S4 and the HTC One have tons of storage eaten up from the beginning.

One of the biggest stories to emerge in the past few weeks is the fact that the Samsung Galaxy S4 16GB only has about 50% of that storage space available out of the box. This has frustrated buyers as 32GB and 64GB models remain unavailable and some consumers simply don’t want to buy or have to shell out the extra money for an SD card. We’ve also pointed out how the SD card on the Samsung Galaxy S4 is completely worthless.

For those buying on Sprint and T-Mobile, the HTC One comes with 32GB of storage with no expanded storage. On AT&T, a 64GB model is available as well but it doesn’t have a microSD card slot either. That means that owners are stuck with 32GB and 64GB of storage and the cloud.

Unfortunately, like the Galaxy S4, the HTC One comes with a bunch of space already taken up meaning users are left with far less than the advertised amount of storage space. The 32GB model in particular comes with more than 7GB of storage eaten up straight from the get-go. This means that owners are actually buying a 25GB device without expanded storage.

For many users, this is more than enough space but for those that take a lot of photos, videos and those that play a lot of games, this might be hard to manage.

Carriers and manufacturers make consumers aware of this issue before buying phones, but only if asked and only if consumers read the fine print. It’s not a deal breaker but it’s certainly something that consumers should know about before buying.

What makes things worse is that AT&T remains the only carrier with the 64GB HTC One, a device that it has had an exclusive over and an exclusive that could remain in place for the months to come.

Sprint and T-Mobile haven’t even been rumored to be getting the 64GB model down the road so those looking for a larger HTC One model on another carrier should know that the future is looking pretty bleak at this point. 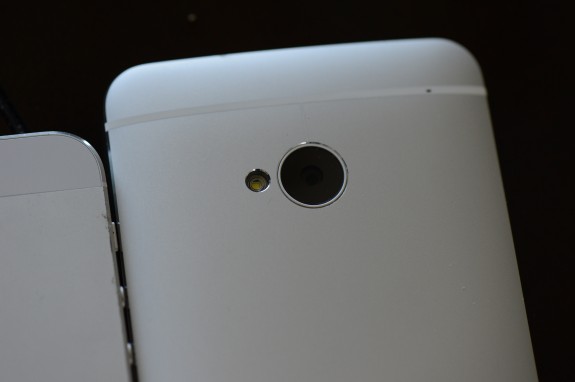 The 64GB model remains an AT&T exclusive and there is no sign of an end to that exclusive.

Sure, it’s only been a few weeks since launch, but we think that if this wasn’t for the long term, something would have emerged saying otherwise at this point.

What this means is that those who need a ton of storage space will have to look extremely close at AT&T.

The HTC One remains stuck on Android 4.1 Jelly Bean and the Android 4.2 Jelly Bean roll out remains a complete and utter mystery at this point. For whatever reason, HTC has decided to remain silent about an update to the latest version of Android 4.2 and rumors have suggested that it will come a few months after its release with no specific date or month nailed down.

What this means is that consumers should know that they will likely be behind phones like the Samsung Galaxy S4, Galaxy Nexus and more when it comes to getting Android 4.3 or Android 5.0, whatever Google announces at Google I/O.

That is, unless HTC decides to skip an update and go straight to Android 4.3/5.0. HTC doesn’t have the best track record when it comes to swift Android updates and carriers, particularly American ones, have lagged in the past.

So know that Android 4.2 likely is still a ways away and that it will be awhile before HTC rolls out Android 4.3/5.0.