The HTC One Android 4.3 Jelly Bean update started rolling out today to users in Taiwan leaving users in North America and in Europe looking for answers. HTC One users in the U.S. are still without any clues but those in Europe are now rumored to be getting the Android 4.3 update in October or November along with the new Sense 5.5. 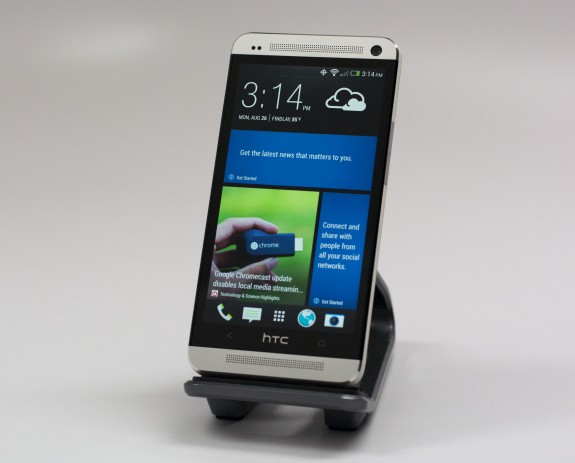 This of course has left HTC One owners in North America and Europe looking for answers. Here’s what we know. We know that HTC President Jason Mackenzie confirmed the Android 4.3 update for the HTC One Developer Edition for September. It will be rolling out in Canada before September is over as well. He also suggests that the company is working with U.S. carriers to get the software certified, something that could push the software past its expected September release.

This new twist comes from LlabtTooFer, a noted HTC insider, who claims that HTC will roll out Android 4.3 with the new Sense 5.5 in October or November, at least in Europe. He has been spot on with information in the past so there could definitely be some truth to this.

Sense 5.5 is expected to debut with the new HTC One max, a device that is rumored for launch sometime soon, perhaps in October. It will be taking on the likes of the Samsung Galaxy Note 3 and the Sony Xperia Z Ultra.

Sense 5.5 is expected to be an incremental upgrade to Sense 5 though the complete contents of the new user interface remain in the shadows ahead of the HTC One max launch.

HTC likely won’t confirm anything for HTC One owners so for now, owners will have to live with the possibility of an Android 4.3 with Sense 5.5 update.