The HTC One Max is rumored to be HTC’s Samsung Galaxy Note 3 competitor. The device, which has leaked out several times in the past, has seemingly leaked out again today in a specification leak that lines up with all of the HTC One Max rumors we’ve seen emerge in the past few months. 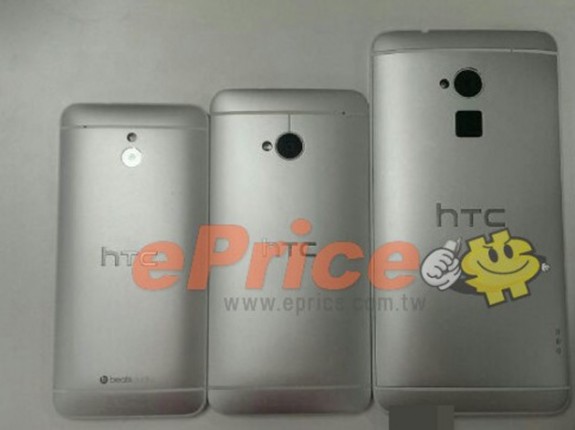 The HTC One Max is thought to be a larger version of the HTC One.

Last year, we saw HTC attempt to compete with the Galaxy Note 3 using an HTC One X+, a variant of the company’s HTC One X. This time around, the company is rumored to be introducing an HTC One Max, also known as the HTC T6. The device has shown itself to the world numerous times, in several different forms, and today’s leak out of China seems to back the HTC One Max feature’s we’ve been hearing about for some time, save for one.

The leak, which comes from Mobile.3G.cn, claims that the HTC One Max, at least the variant headed to China Mobile, will possess some high-end features including a 5.9-inch 1080p display, Ultrapixel camera, quad-core CPU, 2GB of RAM, a micro-SD card slot that likely won’t be available in the U.S., NFC, LTE, Android 4.3 and oddly enough, Sense 5.5. 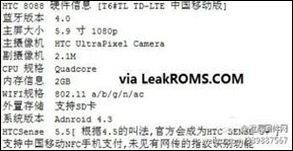 Sense 5.5 has not leaked out before so it’s unclear exactly what it might entail. Originally, the HTC One Max was rumored to have a stylus, so it’s possible that this software could tie into that. It’s also possible that this information is incorrect as noted HTC leakster LlabTooFeR claims to have no knowledge of Sense 5.5. He typically has inside information on HTC software updates.

There is no mention of a fingerprint reader, something that has been rumored to be on board the HTC One Max.

The device still doesn’t have a launch date though there are rumors that it could arrive in the next few weeks. There are also rumors that suggest that an HTC One Max launch won’t arrive until the fourth quarter which would mean sometime between October and December.