The HTC One Mini, which is thought to be coming to shelves to compete against the upcoming Samsung Galaxy S4 Mini, will reportedly launch at some point in mid-July, shortly after Google and HTC release the Nexus version of the HTC One.

In the past few weeks, rumors have swirled in regards to a Samsung Galaxy S4 Mini and an HTC One Mini. Samsung fortunately cleared those rumors, announcing the 4.3-inch Galaxy S4 Mini last week. Pertinent details, such as release date and pricing, in regards to the Galaxy S4 Mini remain unclear though rumors suggest that the Android 4.2 Jelly Bean powered device will be touching down on AT&T in the future. 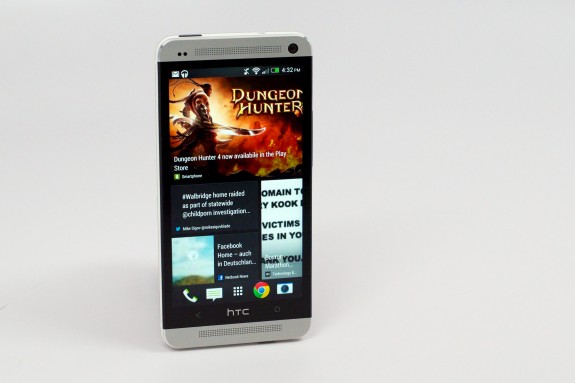 A mini version of the HTC One could arrive in just a few short weeks.

As for the HTC One Mini, also known as the HTC M4, it remains in the shadows though a new rumor suggests that we could see it arrive in the middle of next month.

According to information from E-Price, the HTC One Mini will be making its arrival in mid-July. Previously, we had heard that the HTC One Mini would be making itself known at the end of June and that’s still a possibility, even with July emerging as a possible launch date. It’s still unclear where the HTC M4 might be headed, carrier-wise.

As for the HTC One, the report claims that a red model will arrive in July with a rumored blue color option coming in the weeks or months after.