Yesterday, in a bit of a surprise announcement, Google announced yet another new Nexus device for June in the form of the HTC One Nexus, also called the HTC One Google Edition. The device, which is set to join the Samsung Galaxy S4 Nexus on the Google Play Store in June is a hot topic amongst consumers and will continue to be for the foreseeable future.

At Google I/O 2013, Google took the stage and announced a new Nexus smartphone. However, it wasn’t the Nexus 5, a new Nexus 4 LTE or a white Nexus 4 as had been rumored. Instead, it announced the new Samsung Galaxy S4 Nexus, also called the Samsung Galaxy S4 Google Edition, a device that will be coming to the Google Play Store in late June with all of the features of the Galaxy S4, save for a few.

The new HTC One Nexus (Google Edition) will arrive in June.

The few features it doesn’t share with the regular Galaxy S4 are what make the device attractive. For one, it will come with an unlocked bootloader that will allow users to install custom software in a much easier fashion. It will receive quick updates from Google, rather than carriers, who can often take awhile to issue updates. And finally, and maybe most important, the device comes with vanilla Android, without Samsung’s TouchWiz features. This is a Nexus device, even though it may not launch with Nexus in its name.

Shortly after its announcement, a rumor sprouted indicating that HTC may have a Nexus of its own up its sleeve. More precisely, an HTC One Nexus. HTC denied the existence of an HTC One Nexus though that rung hallow yesterday when Google took the stage at D11 and announced a new HTC One Nexus, also called the HTC One Google Edition, that will be heading to shelves in June as well.

Consumers likely know quite a bit about this device, but what are the most important things to know? Here, we take a look at five things that prospective buyers should know about the upcoming HTC One (Google Edition.)

Release Date is U.S. Only 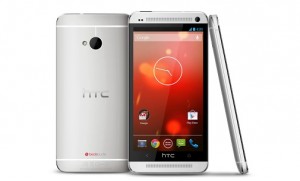 The HTC One Nexus will be a U.S. only release, for now.

That means that those outside of the United States won’t be able to buy it on the Google Play Store on June 26th and will have to find other ways of purchasing the phone if they want it anywhere close to launch.

This is not surprising given that the Samsung Galaxy S4 Nexus launch is going to be U.S. only as well.

HTC Open to Other Regions

Fortunately, like the Samsung Galaxy S4 Nexus, the door has been left open for a possible launch in other regions. HTC tells Gotta Be Mobile that the “special edition of the HTC One has the potential to expand to other markets in the future.” The company did not elaborate though we believe that this likely depends on its success in the United States.

If the device sells well, HTC could potentially look to sell the HTC One Nexus in other parts of the world. If the device isn’t as popular as it has been made out to be, then HTC may not offer it outside of the United States at all.

So while it won’t rule out an HTC One Nexus outside of the U.S. just yet, don’t expect the device to go on sale elsewhere any time soon. 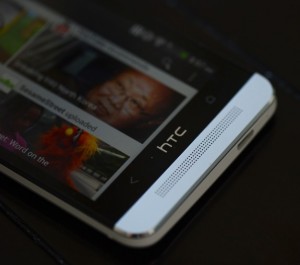 The HTC One Nexus will come in 32GB and silver. Only.

Those looking to buy the HTC One Nexus in black and in 64GB form are going to be disappointed come June 26th. That’s because, at least for now, the device will only come in silver with 32GB of internal storage space. That means the 64GB HTC One remains an AT&T exclusive and likely will stay that way for quite some time.

This means that prospective owners should know that one, there likely will be no jet black HTC One Nexus and two, they should start preparing for life with 32GB of storage.

With no microSD card slot, 32GB is going to be a bit limiting for some power users, and for those that need more space, the Samsung Galaxy S4 Nexus with a microSD card slot that supports up to 64GB might ultimately be the better choice.

Those worried about a lot of storage space being eaten up at the start should not be worried. HTC Sense 5 is likely the biggest culprit in that arena which means that the HTC One Nexus should have more on board storage space out of the box than the regular old HTC One.

No HTC Zoe is Troubling

Because this is a Nexus smartphone, it won’t be coming with a skin. That means that Sense 5, HTC’s user interface, won’t be on board which means HTC Zoe and HTC’s camera application won’t be on board.

Google’s stock camera application is inferior to the camera app on the HTC One. More problematic though is the fact that HTC Zoe, a fantastic camera feature found on the HTC One, and one that was one of the reasons that HTC opted to include a 4MP Ultrapixel camera on the HTC One, is going to be missing.

Zoe is fantastic as it captures photos that the stock Android application will miss and it also means features like its highlight reel, which allows users to easily share a day’s worth of photos in 10 seconds will be missing as well.

So know this. For many, a 4MP camera with a stock camera app will be, and should be, a big deterrent from the HTC One Nexus. HTC Zoe is simply that good.

What about HTC One owners who bought an HTC One early, but prefer a vanilla Android experience? While developers will surely muster up something, HTC itself is reportedly discussing bringing vanilla Android to early adopters that want to experience the software of the HTC One Nexus.

The company is apparently thinking about offering an AOSP ROM though there is no guarantee that this will happen. Ultimately, HTC One owners who want stock, or something close to it, may have to lean on the vast development community that is sure to sprout up around this phone.