Since Google had unveiled a pure Android Google Edition of Samsung’s Galaxy S4 flagship at its developer I/O conference, there have been rumors that a similar ‘Sense-less’ treatment may be given to rival hardware-maker HTC with a Google Edition of the HTC One as well; Senseless refers to the lack of the proprietary HTC Sense UI in favor of a pure Google experience.

Though the speculations have largely been unconfirmed, we are now hearing rumors that an announcement for the HTC One Nexus Edition could come as early as within the next two weeks, with retail availability arriving later this summer.

“Sources claim this vanilla HTC One will be announced within the next two weeks, with potential release slated for sometime this summer,” Geek.com writes. “This falls in line with claims from HTC that production for the One will be doubling soon, as well as plan to have the HTC One updates to Android 4.2.2. in the same time frame.”

HTC has been making in-roads with the HTC One. The company announced that it had recently shipped 5 million HTC One units since release, which is roughly half of what Samsung had shipped with the Galaxy S4. The latter’s success is in part due to better strategy and a much larger marketing budget despite the HTC One having a better design with a unibody zero-gap aluminum case. 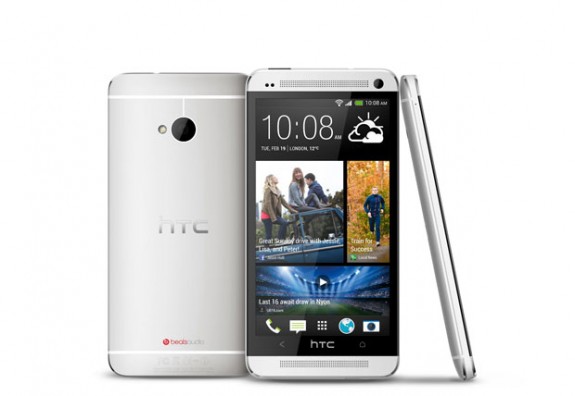 One problem that the HTC One Google Edition may face is that the hallmarked hardware features of the phone are controlled through special software, which would need to be added on top of the Android OS.

The HTC One’s Ultrapixel camera is coupled with ImageSense software and HTC Zoe while the dual front-facing speakers called BoomSound are controlled by software drivers from Beats Audio.

This would mean that Google would need additional drivers for the HTC One Google Edition, if this device makes it to market, on top of the vanilla Android OS. However, a similar thing would need to happen on the Galaxy S4 as well if Google intends on maximizing the use of Samsung’s multitude of sensors on that device.

We’ve previously reported about the HTC One Google Edition, which is also being referred to as the HTC One Nexus Edition, being leaked by LLabTooFeR on Twitter, who had been accurate in the past about his information. The latest murmurs seem to confirm what LLabTooFeR had been saying.

Samsung’s Galaxy S4 Google Edition was announced at the Google I/O developer conference and the device will be available for purchase starting June 26th through the Google Play Store. Likely, an HTC One Google Edition will not beat the Galaxy S4’s availability and would come on the same date, if not later.

So while HTC may be following Samsung’s lead in releasing a Google Edition phone, Samsung is also following HTC’s lead with releasing a developer edition of its Galaxy S4 phone with an unlocked bootloader. The developer edition of both phones come with their proprietary HTC Sense or Samsung TouchWiz UIs, so they are technically not Google Editions. They’re just more developer-friendly with unlocked bootloaders.