While HTC may have been coy about specific dates in regards to the HTC One release date, at least one retailer and carrier in the United Kingdom have confirmed what could be the HTC One’s full-fledged release in the UK. It’s also a date that comes suspiciously close to the supposed Samsung Galaxy S4 launch date, a sign that HTC could be intending to crash Samsung’s launch party.

Earlier today, HTC finally took the curtain down from its new flagship smartphone, the HTC One, a device that will replace the HTC One X and HTC One X+ and will challenge the likes of the iPhone 5 and the Samsung Galaxy S4. It will be coming with a 1080p display, a quad-core processor, HTC Sense 5.0, a 4-Ultrapixel camera, a full metal design and Android 4.1 Jelly Bean, all high-end specifications that will likely entice consumers looking for a new smartphone. 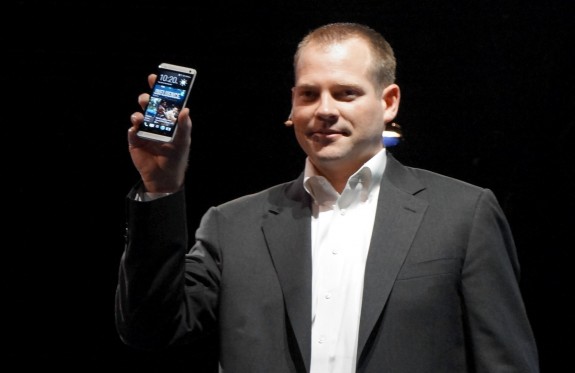 The HTC One launched today and it will be doing battle with the likes of the Samsung Galaxy S4.

However, HTC did leave out some important details about the HTC One launch, specifically, its pricing and release date. Fortunately, thanks to Clove UK, a retailer in the United Kingdom, it looks like March 15th will be the date that it ships, at least in the UK. The carrier confirmed to Gotta Be Mobile that it expects to ship out the device on March 15th.

UK carrier Vodafone has also confirmed to Android Police that it will be launching its version that day as well.

Other carriers, including AT&T, Sprint and T-Mobile remain silent on release dates though March 22nd is rumored and could wind up being the American release date for the HTC One.

At first glance, a March 15th release in the United Kingdom might not seem significant. However, a further look reveals something bigger that might be at work here.

One of the HTC One’s biggest rivals is sure to be the Samsung Galaxy S4, the successor to the Galaxy S3, a device that trampled the HTC One X in sales last year with over 40 million units sold worldwide since May, 2012.

The launch date of the Samsung Galaxy S4 is still not confirmed, but all signs are pointing to a launch during the month of March, and more accurately, a launch on March 14th.

Given that that date comes from two sources with credibility, it appears that HTC may be looking to crash the Galaxy S4’s party and more importantly, it may be looking for a little revenge. After all, the March 14th Galaxy S4 launch date rumors suspiciously arrived a day before the HTC One launch.

The Galaxy S4 is expected to also be a high-end smartphone though unlike the HTC One, it likely won’t arrive for several weeks with release date rumors suggesting an April release in Europe and a release in the United States in either May or June.