The HTC One release date, which is still unknown in the United States, is thought to be coming early in at least one country in Asia as a leaked information seems to confirm a March 9th release in Singapore.

Update: The device will not be on sale in Singapore this week as was originally thought. It appears that HTC may have put a stop to early sales.

In late February, HTC announced the new HTC One, a device that will be replacing the HTC One X+ and HTC One on shelves later on this month. And while HTC announced that it would be landing in regions across the globe in the month of March, specific dates have been hard to come by. 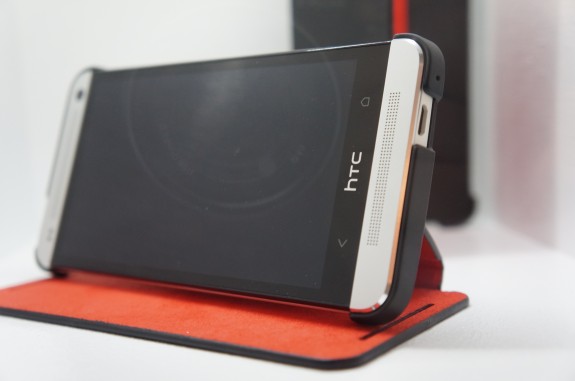 The HTC One will be coming early to Asia, it seems.

While mid-March has looked good for an HTC One release date, at least in some regions, it’s looking like it will arrive early for consumers in Asia, specifically, in Singapore.

CNET Asia reports that M1, a telcom in Singapore, has confirmed that it will begin carrying the HTC One starting on March 9th, ahead of HTC’s official language which has said that the device will arrive in the middle part of the month. What this means for other countries in Asia and elsewhere remains to be seen but it could be that we see the device launch in other regions much earlier than the mid-March date that we’ve both seen and heard.

Previously, we had heard that the HTC One release date in the United Kingdom would take place on March 15th as Vodafone and Clove UK both confirmed that date. That date appears to be unaffected by this early launch in Singapore so it seems the HTC One will touch down a day after the Samsung Galaxy S4 announcement, set for March 14th, takes place.

The HTC One will be coming to the United States in March, though it likely won’t arrive on March 9th either.

AT&T, Sprint and T-Mobile, which have confirmed the device for release in the United States, have yet to issue specific release dates for the HTC One. A previous rumor indicated that March 22nd could be the HTC One release date in the U.S., but none of the carriers have provided any details as of yet.

The HTC One is the company’s latest flagship phone and it features a number of high-end features including a 4.7-inch display, quad-core processor, Ultrapixel camera, and Android 4.1 Jelly Bean to go along with HTC Sense 5.0.

It will come in two sizes, 32GB and 64GB, which will vary in price depending on the region and carrier.