While the HTC One won’t be officially touching down on shelves in the U.S. until April 19th, the date that AT&T and Sprint will start offering it, AT&T says that it will be shipping out orders to those who pre-order on April 16th, which could potentially mean it will arrive early for at least some of those whom place an order right now.

Yesterday, AT&T started taking pre-orders orders for the HTC One with the carrier offering it starting at $199.99 on-contract for the 32GB model. The 64GB model, which is an AT&T exclusive, is available for $299.99 on-contract. 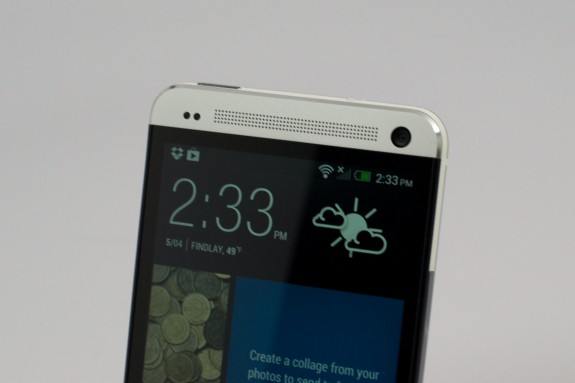 The HTC One will start shipping April 16th in the U.S.

Today, Sprint started taking pre-orders for its version of the HTC One, the 32GB model, which has gone on sale for $199.99 on-contract, matching AT&T’s on-contract pricing. T-Mobile, which also will be carrying the HTC One, has yet to announce a release date but has said that it will be offering the HTC One for $99 down.

While AT&T didn’t mention a specific date in its announcement, we now know when customers can expect their new HTC One to ship. AT&T lists the HTC One as shipping out on April 16th, three days before its release date on the nation’s second largest 4G LTE carrier. 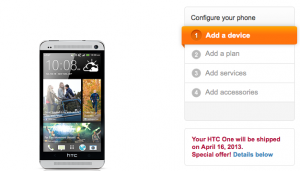 AT&T says it will ship the HTC One on April 16th.

What this means for pre-orderers on AT&T is unclear, but it could mean that some of those who order now wind up getting their device a little earlier than the retail stores. Often we see some orders arrive earlier than expected. From what we’ve heard, AT&T has not sent out any specific due date for deliveries so at this point, April 19th is the date to circle.

As for Sprint, the shipping information is a little more murky. The carrier isn’t as forthright with that information, at least not publicly, but we imagine that it will follow AT&T’s lead and ship the device out ahead of its release date.