In February, HTC revealed the HTC One, its competitor to the likes of the iPhone 5, the Sony Xperia Z, the Nexus 4 and the upcoming  Samsung Galaxy S4. At the event, AT&T, Sprint and T-Mobile announced the device for their networks but as we head deeper into the month of March, none of those carriers have confirmed any specific release date. And that means that it’s time for some predictions.

The HTC One represents the successor to the HTC One X and the HTC One X+ which emerged last year as flagship smartphones on AT&T’s growing 4G LTE network. And while they were indeed solid phones, they were no match for the might of the iPhone 4S, the iPhone 5 or the Samsung Galaxy S3. Not content on wallowing in the shadows of Apple and Samsung, HTC has unleashed a new high-end smartphone for 2013 that it hopes will get the job done. 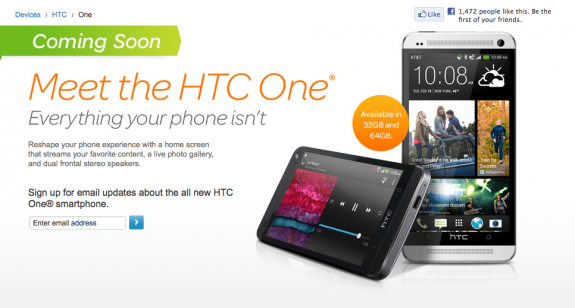 The HTC One release date in the U.S. remains unconfirmed.

That device is the HTC One, a flagship smartphone that was rumored as the HTC M7, and which came to light at events in New York City and London on February 19th.

HTC’s brand new device features a 4.7-inch 1080p display, quad-core processor, a new Ultrapixel camera, full metal design, Android Jelly Bean, and the new HTC Sense 5.0. Even better, it is going to not only be coming to the 4G LTE network of AT&T, but Sprint and T-Mobile will also be carrying the HTC One in the weeks ahead.

Speaking of the weeks ahead, none of the carriers has confirmed a release date for the HTC One yet. And that has been further complicated by today’s news that HTC has pushed the release date of the HTC One back even further than was originally anticipated.

Back in February, Vodafone UK and Clove announced that the HTC One would be hitting the UK in March 15th, the day after the Samsung Galaxy S4 launch. However, those plans have been crushed as HTC has evidently postponed the launch, everywhere but in Germany, on one carrier. O2 Germany is currently shipping the HTC One while the rest of the world waits.

The U.S. release date on AT&T, Sprint and T-Mobile had been rumored for March 22nd but it’s unclear how this delay might affect that date, which was never confirmed by U.S. carriers.

With specifics hard to come by, it’s now time to make some HTC One U.S. release date predictions.

Since they confirmed the HTC One for their 4G LTE networks, AT&T, T-Mobile and Sprint have remained silent about the availability of the HTC One. A months wait for a release date for an Android smartphone isn’t abnormal, but the fact that we’re now almost in mid-March without a date or a pre-order is certainly a bit strange.

Perhaps the American carriers knew that HTC was going to push the release date back. Maybe they planned this type of silence, this type of release all along. We can’t be sure.

That said, we still expect there to be announcements in regards to the availability soon. There is too much confusion afoot for U.S. carriers to let this thing linger any more and given that consumers were expecting March, they need to deliver some concrete answers.

Whether or not they announce a March release date remains to be seen, but we expect announcements shortly after the Samsung Galaxy S4 launch.

HTC One U.S. Release No Earlier Than Late March

At this point, all HTC is saying about the HTC One release date is that it “will start fulfilling pre-orders by end March in certain markets and will roll out to more markets as we approach April.” Like the announcement at the launch event, the company is keeping it extremely vague.

The HTC One is coming soon, but when?

That said, don’t expect the HTC One to hit the United States until late March at the earliest. The UK and the rest of Europe tends to get their devices long before the United States so we expect AT&T, Sprint and T-Mobile to miss that rumored March 22nd date.

Instead, March 29th is a possibility and April, given HTC’s comments, seems like a perfect month for a U.S. launch. As we’ve seen in the past, carriers may end up using different dates so it wouldn’t be shocking to see AT&T, T-Mobile and Sprint release the phone at different times.

If There’s a Pre-Order, It Will Be Short

These carriers made the HTC One official all the way back in February but so far, they haven’t, unlike other carriers, offered a pre-order for the HTC One. Extremely odd given the device’s stature as a flagship. Instead, all they have given consumers are sign up pages where users can sign up for more information once it becomes available.

Now that we’re close to mid-March, it’s impossible to imagine a lengthy pre-order period. That would mean a release in mid-to-late April, something that HTC certainly didn’t plan for given that it announced that it would be launching globally in March.

Instead, if U.S. carriers do offer a pre-order, expect it to be extended during an extremely short period of time, perhaps only a few days.

We also wouldn’t be shocked if carrier declined to offer one at all.

The HTC One could sell out in the United States but not for the reason you might think.

While the iPhone 5 was nearly impossible to find many weeks after its launch due to high demand, the HTC One could sell out for a different reason. A recent report has suggested that HTC One could face delays due to shortages with the device’s Ultrapixel camera.

A note from KGI Securities suggests that HTC One shipments may see cuts of up to 80%, from 4 million units to as few as 800,000 due to the issue. This is speculated to be a possible release why HTC delayed the HTC One release date and potentially a reason why the U.S. carriers haven’t released any official information.

It could also mean that we see shipping times that might be lengthier than we’ve seen in the past for HTC flagships with consumers having to wait a matter of weeks for shipments rather than a matter of days. 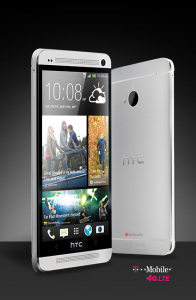 U.S. carriers haven’t released pricing for the HTC One either, but we don’t expect them to announce anything shocking when they do finally reveal the pricing.

AT&T and Sprint will likely offer the device starting at $199.99 on-contract as they typically do with high-end devices. T-Mobile on the other hand will likely be launching it on its unsubsidized plans as it moves away from contracts.

What this means is that those who  are buying on T-Mobile will likely encounter far different pricing than the other carriers. The up front price could be low, but consumers will likely have to pay installments. Those looking to pay all of it upfront will likely face a price tag of over $500, if T-Mobile offers that choice.

No Verizon HTC One, Even With Delay

Despite the HTC One release date seemingly getting pushed back, don’t expect Verizon to surprise with a release of its own. We’ve heard rumors of a Verizon HTC One coming later on this year but so far, those rumors seem to point to a device that’s not only months away, but could be called the HTC Droid DNA 2 instead of the HTC One.

Instead, the release will likely be surprise free with AT&T, Sprint, T-Mobile and Cincinnati Bell being the four big name carriers that support the HTC One at launch in the U.S.