In February, after months of rumors, leaks and speculation, HTC took the curtain down from around its brand new smartphone, the HTC One, a device that is set to replace the HTC One X and the HTC One X+. At the time, HTC revealed that it would be hitting a number of carriers across the globe during the month of March, including the United States. But as we’ve found out, there are still plenty of questions about the HTC One U.S. release date and a launch that has turned into a mess.

In the months before February 19th, HTC had been rumored to be coming up with a new flagship smartphone for 2013, a device that was originally called the HTC M7, and one that it hoped would bring the company back to prominence and take on the likes of the iPhone 5 and its biggest Android rival, the upcoming Samsung Galaxy S4. 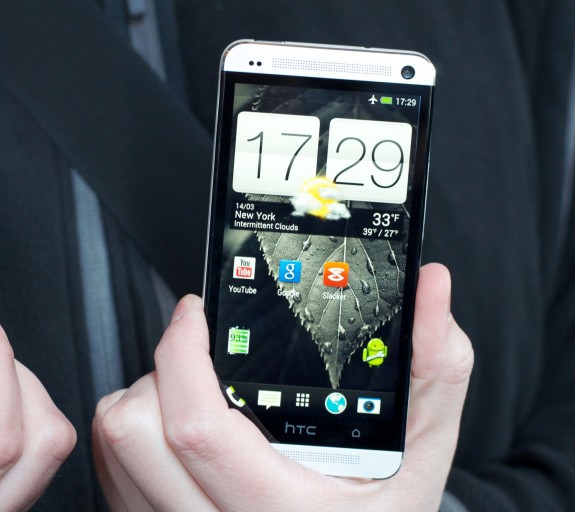 The HTC One U.S. release still has plenty of mysteries surrounding it.

Those rumors culminated with an event in the United States, New York City to be exact, where HTC took the stage and announced its brand new HTC One, a device that features a number of upgrades over the company’s previous flagship models. In order to make it appealing in the face of intense competition, HTC went to great lengths with its features.

Starting with its design, it’s made entirely out of metal and features a ZeroGap design that makes the device feel flush throughout. HTC also loaded it up with a new Ultrapixel camera, a speedy quad-core processor, and a 4.7-inch display with 1080p resolution to set it apart, at least size-wise, from its many competitors.

The company also outfitted the device with Android 4.1 Jelly Bean and its new version of HTC Sense, HTC Sense 5.0, which is a vast departure from its previous skins. The partial cherry on top of the entire event was that the HTC One was announced for several American carriers, something that hadn’t happened with previous HTC phones at launch. Better yet, HTC said that the device would be hitting shelves across the globe starting in March.

However, despite all of HTC’s revelations about the HTC One including information about its release date, the HTC One still hasn’t arrived on carriers in the United States.

In fact, as we approach the end of March, we still have a number of mysteries surrounding the HTC One U.S. release date which has devolved into a complete mess.

Shortly after the HTC One’s launch, we saw mobile operators in the UK announce that the device would be made available starting on March 15th, a little under a month after its launch, and a date which fell in line with HTC’s March pronouncement. On March 12th though, word of a delay spread like wildfire and HTC unfortunately confirmed that it would be pushing some release dates back.

Word soon came that the HTC One U.S. release date wouldn’t be delayed as it was on a different timeline than the other models but its rumored release date of March 22nd has come and gone and thus far, no American carrier has stepped forward to provide any sort of pertinent information about the HTC One’s release.

AT&T, Sprint and T-Mobile have remained quiet through it all, leaving HTC to attempt to clean up the mess that it has created. So far, none of them have confirmed any details in regards to the timing, leaving potential customers completely in the dark. 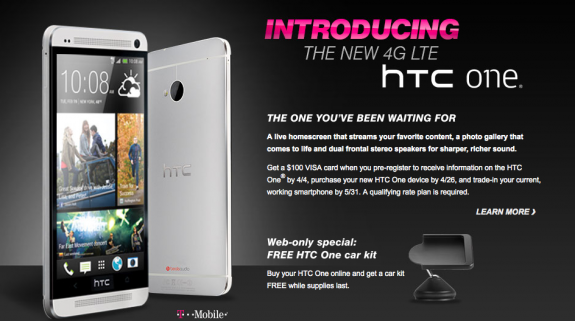 The T-Mobile HTC One is still without a release date, just like its AT&T and Sprint counterparts.

From what Gotta Be Mobile has heard, the original delay pushed the HTC One U.S. release date back to mid-April. However, the delays now have evidently threatened to push the release dates back into late April which could mean that they will collide with the release of the Samsung Galaxy S4 which is set for a May 1st arrival on T-Mobile. Precisely the thing that HTC wanted to avoid with its early launch.

Thus far, we only have two clues, both from T-Mobile. T-Mobile yesterday exclaimed that the HTC One would be coming soon. However, unlike the Samsung Galaxy S4, it didn’t give a specific date which means that it’s likely up in the air at this point. T-Mobile’s sign up page lists April 26th as a sell by date for owners looking to trade in, so it’s possible that it may arrive before then.

AT&T and Sprint have offered zero details about their versions of the HTC One, leaving those who may have originally been looking at the HTC One, examining their options more closely.

HTC One Price: AT&T and Sprint

Another mystery that has partially be solved is the HTC One’s price in the United States. T-Mobile yesterday announced that it would be offering the device starting at $99, a testament to its new UnCarrier data plans. Of course, the phone isn’t going to be that cheap for consumers who will need to pay it off over time.

And while it’s nice that T-Mobile revealed that information, for many, T-Mobile won’t be the destination of choice. Those looking for large 4G LTE networks are going to want to take a closer look at AT&T and Sprint which have more LTE traction than T-Mobile. However, at this point, consumers looking at those carriers have no idea what to expect.

That’s because HTC failed to announce pricing at its launch event, something typical of Apple’s iPhone events, and AT&T and Sprint have remained mum as well.

We imagine that they will offer it for $199.99 on-contract but the pricing remains a mystery, more than a month after HTC announced the phone.

The HTC One will be coming in two storage options, 32GB and 64GB, but prospective owners in the United States still have no idea if all three major carriers will have both variants or if they will only carry one of them.

Since the HTC One X only came in one storage option and the HTC One X+ did as well, it’s impossible to say whether or not they will carry both variants at launch. Only AT&T has revealed that it will be carrying both.

As we saw with the Galaxy S3, only some carriers opted to carry the 32GB model. We also saw all five U.S. carriers who host the Galaxy Note 2 opt to only carry the 16GB model despite Samsung offering both a 32GB and a 64GB option.

Because the HTC One lacks a microSD card slot, it’s probable that all three will offer both the storage options but at this point, consumers simply have no idea about whether or not Sprint or T-Mobile will have both as we head into April. 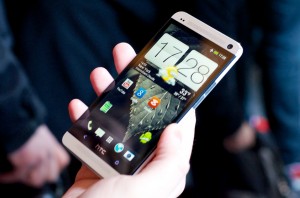 The HTC One could come to Verizon. Or perhaps, as something else. It’s a mystery.

If that wasn’t enough, HTC also decided to confuse prospective buyers by claiming that Verizon, which had been rumored to be getting an HTC One several months after the other carriers, would not be getting a device.

Read: HTC Butterfly 2 Could Be Verizon HTC One.

After another report emerged claiming that Verizon would get the phone, the company subsequently pulled that information and instead, took a difference stance and stopped commenting on rumors and speculation.

Thus far, neither HTC nor Verizon has confirmed anything in regards to an HTC One for America’s largest 4G LTE network, so despite rumors, it remains a complete and utter mystery.

Let’s call a spade a spade: The HTC One U.S. release is a complete mess. While many have campaigned for Android manufacturers to take an Apple-like approach at their launch events and announce information like release dates and pricing, it appears that HTC’s strides toward doing this (it typically does not give specific release information) have completely backfired as it miss the month of March for many of the regions that it promised.

Not only that but it will now be going head to head against Samsung’s Galaxy S4 and its eventual marketing campaign. That’s not to say that the Samsung Galaxy S4 launch was perfect, it has plenty of mysteries of its own, but it looks like Samsung will deliver on the promises that it made to consumers at its launch event earlier this month.

That, unfortunately, was something that HTC couldn’t do.