The international version of the HTC One X will be getting its Android 4.0.4 Ice Cream Sandwich update today, the same update that began rolling out for the AT&T version of the device just a short time ago.

HTC has announced, courtesy of Engadget, that the HTC One X’s Android 4.0.4 update will begin to roll out today and that it will be bringing a number of enhancements along with it.

Owners of the international HTC One X will now be able to map a menu function to the ‘recent app’ key in the lower right hand corner of the device. This will improve presentation in applications that currently do not support Ice Cream Sandwich. So obviously, this makes the button more useful than it already was. 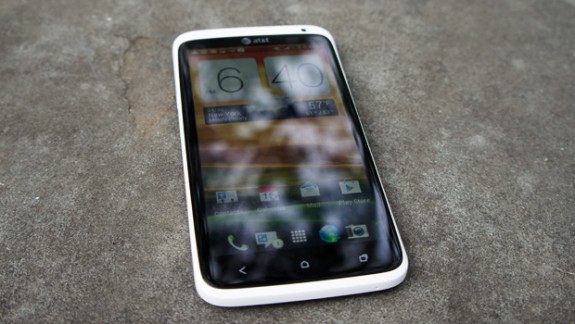 The update will also new abilities to the device’s camera including white balance and continuous autofocus, both of which will be welcomed improvements.

HTC has also included a dedicated tab switching button in the browser to make it easier for owners to switch between tabs in the browser.

The update for the HTC One X will also bring better overall browsing, more stability to the device, and more. So, it’s a pretty substantial update and one that users will want to take advantage of as soon as they possibly can.

Of course, the update is not Android 4.1 Jelly Bean, Google’s latest piece of mobile software that is all the rage right now in the Android world.

HTC has promised Android 4.1 for the HTC One XL, HTC One X, and the HTC One S at some point down the road but first, it needs to take care of some devices that are still limping their way to Android 4.0 Ice Cream Sandwich.

Devices that have yet to receive the upgrade to Android 4.0 include Verizon’s HTC Thunderbolt, the Droid Incredible 2 and the HTC One S. All of those devices should see their updates arrive before the end of August, according to HTC.