HTC One X Sense 5 Update Appears to Be On Track

Earlier today, we saw Kormiltsev take to Twitter to discuss several different HTC updates. The first, the HTC One Android 4.2 Jelly Bean update which he claims is on track for an arrival in the middle of June, no specific date given. He also claims that technical issues could force HTC to cancel the promised HTC One S Sense 5 update. 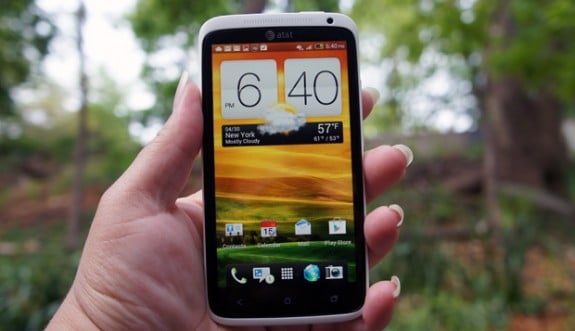 The HTC One X Sense 5 update seems to be on track.

Owners of the HTC One X, another aging device, need not worry as it appears, at least according to Kormiltsev, that the HTC One X and HTC One X+ Sense 5 updates are in the works. His tweet, which is in Russian, translates to the confusing “Update on the HTC One X / One X + Sense to 5 at work. Call later date.” We believe that to mean that HTC is at work on these updates and that more information will be disclosed at a later date.

This is the first time, outside of HTC’s first confirmation, that we’ve seen a sign of Sense 5 for the One X and the One X+. For owners of these devices, any news is good news and for the head of HTC Russia to say that the company is “at work,” is a sign that things are moving along smoothly.

His statements align with unofficial leaks that suggest that both devices are in line for upgrades to not only Sense 5 but Android 4.2 as well. And while HTC refuses to disclose specifics, summer has been rumored as a possible time frame for the HTC One X Sense 5 update.

Whether HTC hits that unofficial window remains to be seen but with summer just beginning, it has a lot of time between now and the end of the season.

Sense 5 is HTC’s latest user interface which as of right now, is only available on the HTC One. The software is laid over Android and comes with two big time features including HTC Zoe and HTC BlinkFeed, both of which are thought to be coming to the HTC One X with its Sense 5 update.