A new series of rumors surrounding the all-powerful flagship HTC One X, which was announced late last month at Mobile World Congress, saying that the device will land on CDMA carrier Sprint in the U.S. The device, which was announced in GSM/LTE variant for AT&T’s network, will also be landing on Sprint’s newly deployed 4G LTE network as the Now Network begins its transition from 4G WiMax to LTE. The device is expected to land on Sprint on June 10th and may be announced at the U.S.-centric CTIA trade show in a few months. 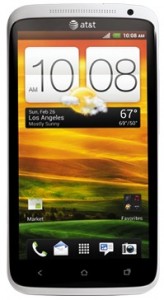 The device right now has the codename of the HTC Jet and will become Sprint’s third LTE smartphone, following the previously announced Galaxy Nexus by Samsung and the Viper by LG. Unlike the Galaxy Nexus, the Jet would make use of a proprietary HTC Sense 4.0 interface overlay on top of Android.

Like AT&T’s variant of the HTC One X, Sprint’s variant will eschew the international version’s quad-core Tegra 3 CPU in favor of a Qualcomm dual-core S4 processor. The use of Qualcomm’s Snapdragon S4 chipset is likely due to Qualcomm’s better integration of radios and compatibility with U.S. carriers’ networks. The device will have 1 GB RAM, a 4.7-inch Super LCD 720p HD display, and will support NFC and Sprint’s LTE network.

Most likely, the Jet name may not stick with the device. Sprint and HTC have co-branded the carrier’s flagship Android smartphones that were made by HTC in the past with the EVO moniker. Is this a worthy successor for owners of the original EVO 4G?

In the past, another HTC device was also rumored for Sprint, which had the HTC Jewel codename and was rumored to be coming as the HTC EVO LTE.