It looks like HTC might be cooking up a quad-core, 4G LTE device called the HTC One XXL.

A screenshot from SmartDroid has revealed the HTC One XXL’s key specifications and if real, this is a device that should have both Android and hardware enthusiasts thinking about making it their next phone.

The photo reveals that the HTC One XXL is rocking a massive 4.7-inch display with 720p resolution. It’s also rocking 4G LTE data capabilities, an 8 mega-pixel rear camera, a 1.8 mega-pixel front-facing camera, and 2GB of RAM.

Maybe the best part about this rumored phone is that it’s rocking a quad-core Snapdragon S4 processor from Qualcomm. We still have yet to see a quad-core smartphone with 4G LTE released in the United States and it’s possible that the HTC One XXL could be the first. 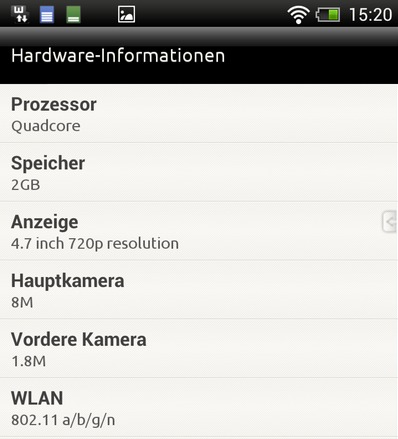 The One XXL could be a quad-core smartphone with LTE.

Unfortunately, there is no release date information to speak of here and it’s unclear if this device will be headed to the United States this year, if at all. If it were to be released this year, AT&T, Sprint and Verizon would be the likely candidates as they all have 4G LTE networks in place.

T-Mobile won’t have its 4G LTE network up and running until 2013.

If this device is the real deal, it would be joining the other three One Series devices that have already been announced, a list that includes the HTC One X, the One S and the One V.

The HTC One is a quad-core smartphone but only in international markets. the version that came to AT&T is sporting a dual-core Snapdragon S4 processor and 4G LTE is widely acknowledged as the reason for that.