HTC hasn’t announced any new smartphones since the One series back in February, but it looks like the phone company is ready to announce a new low-end Android phone to follow-up the One V.

According to The Verge, the new HTC smartphone holds the codename “Proto.” The publication has renders of the smartphone which show a smartphone with a 4-inch display and a design that looks much different from the One V. The Proto instead looks a lot like the HTC One X and One S which both have unibody polycarbonate shells.

The specs of the HTC Proto include the aforementioned 4-inch display with a WVGA (800×480) display, a 5MP camera, and a 1GHz dual-core Snapdragon processor. The phone is also quite thin at just 9.62mm thick. It sounds like the HTC One V with just a few improvements. 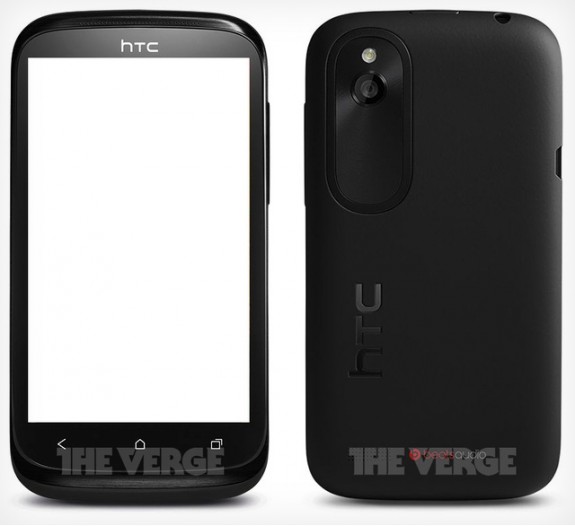 HTC might announce the Proto (presumably with a different name) at IFA 2012 next week. We know Samsung will announce the Galaxy Note 2 at the same event, so HTC will need more than a low-end phone to get some attention at the show. The company does have the rumored One X+ which we’ve seen hints of. However, we haven’t anything about the phone being announced in Berlin.

If the Proto, One X+, and possibly the rumored Galaxy Note 2 competitor are the only Android announcements from HTC at IFA, the company will prove it’s taking its commitment to fewer phones seriously. The company still has a few Windows Phone 8 phones in the works, but it’s nice to see fewer than a dozen Android smartphones from a single company in a given year.