The HTC Titan wasn’t the only Windows Phone Mango device that HTC announced today. No, it also announced a device called the HTC Radar, a smartphone more commonly known as the HTC Omega. Like the HTC Titan, we saw the specs of the Omega/Radar leak out earlier today so the announcement really doesn’t bring many surprises but it’s still nice to see it all get official.

The HTC Radar is going to be a mid-level Windows Phone Mango offering and it’s going to be heading, like the Titan, to Europe in October. There is no firm release date yet for the United States.

It’s going to feature a 3.8-inch Super LCD display, 8GB of internal storage space, a 1GHz Qualcomm MSM8255 Snapdragon chip, a 1,520mAh battery, and a 5MP rear camera. It also, as we have seen, has a gorgeous aluminum form factor. 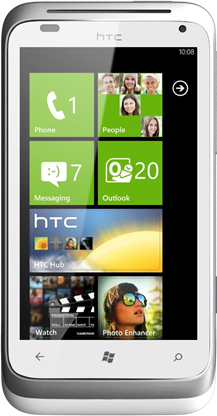 It also has a front facing camera so you can video chat with your parents, grandparents, friends, or random strangers.

No pricing for the HTC Radar was revealed but judging by the specs announced, it probably won’t put too much of a hurt on your piggy bank.