It appears as though HTC has begun sending out invites to an event taking place on November 3rd in New York City and speculation rests on the company announcing its latest smartphone, rumored to be the HTC Rezound aka HTC Vigor, a device that it will pit against the likes of the Samsung Galaxy Nexus and the upcoming Motorola Droid RAZR on Verizon.

The event invitation is light on the details but it does say that it’s the company’s latest innovation and has a Beats Audio logo on it. We also know that the HTC Rezound is rumored to be launching on November 10th so this would be a perfect time for the company to make this announcement.

HTC’s Rezound has been rumored for quite some time, so much so, that we pretty much have it nailed down pre-launch. 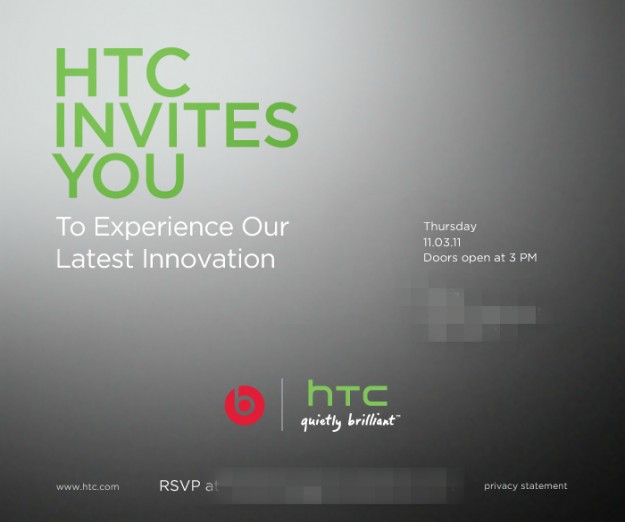 It should launch with 1.5GHz dual-core processor, a 4.3-inch HD display, 8MP rear camera, 2MP front facing camera, 1GB of RAM and 4G LTE and it looks a little something like this. 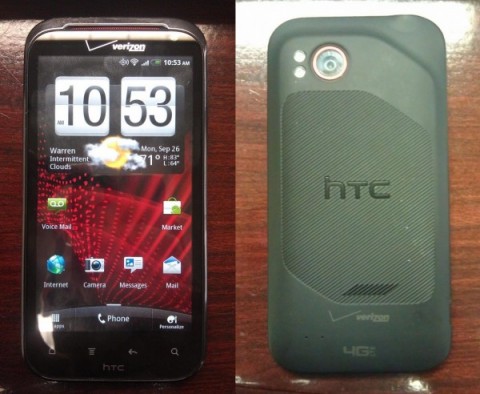 And while it’s certainly going to be a quality phone, it’s going to have a pretty tough time competing against the Galaxy Nexus when it arrives.

Be sure to come back to GBM on November 3rd for our coverage of the event.