The HTC Rezound Ice Cream Sandwich roll out has begun with users reporting the update and Verizon itself confirming it.

Verizon, in a blog post, has confirmed that today is the first day that HTC Rezound owners will begin to receive the update. The carrier says that it has begun pushing the software today which means that many owners won’t see the software hit their HTC Rezound until later.

The carrier did something similar with the Droid RAZR and Droid RAZR MAXX ICS updates. It announced the roll out but it took a few days for the update to start hitting the masses.

Read: HTC Rezound Ice Cream Sandwich Update Ready to Roll Out to Everyone. 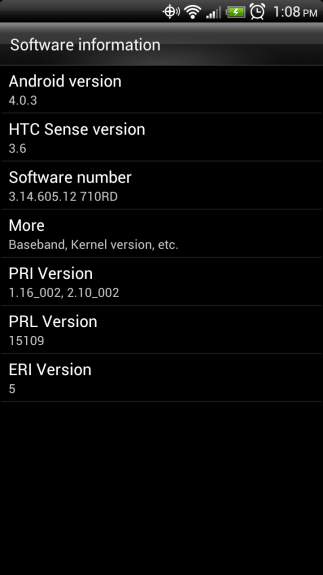 The HTC Rezound ICS update has started to roll out.

The smaller update should arrive first followed by the larger update which is Ice Cream Sandwich.

Again, the update is likely going to roll out relatively slowly at first and pick up speed at the days go on. So those that don’t see it today will want to remain patient.

HTC and Verizon missed the deadline that HTC imposed by a couple of days though we suspect that many owners will quickly forget now that the update is pushing.

Android 4.0.3 Ice Cream Sandwich is a huge improvement over Android 2.3 Gingerbread and it should only stand to make the HTC Rezound an even better smartphone.

Now, owners can turn their attention to Android 4.1 Jelly Bean which is Google’s latest piece of mobile software and one that has not yet been confirmed for any Verizon devices other than the Verizon Galaxy Nexus.

How many of you are seeing the update/