HTC Runnymede, dubbed HTC’s Android TITAN because of its similarity with the Windows Phone 7 handset, is now pictured in press shots with the Beats Audio logo on the rear. The device features a large 4.7-inch WVGA display–which is even larger than the 4.52-inch displays on the Sprint and T-Mobile Galaxy S II smartphones–along with Android and HTC Sense, 16 or 32 GB of internal storage, a single-core 1.5 GHz CPU, an 8-megapixel camera with dual LED flash, and  front-facing camera. The overall styling of the device looks to be an updated, larger version of the HTC Inspire 4G on AT&T, which itself is a variant of the international HTC Desire HD.

The rear side of the display shows the Beats Audio logo, suggesting that HTC will be utilizing audio technology from its most recent investment. In the past, HTC had made various attempts to differentiate its products through better sounding audio. The HTC Thunderbolt, for example, utilized Dolby audio, and various HTC handsets have relied on SRS sound enhancements as well. With Beats, HTC will be making the claim that the company’s smartphones will feature music quality the way artists intended the sounds to be heard. 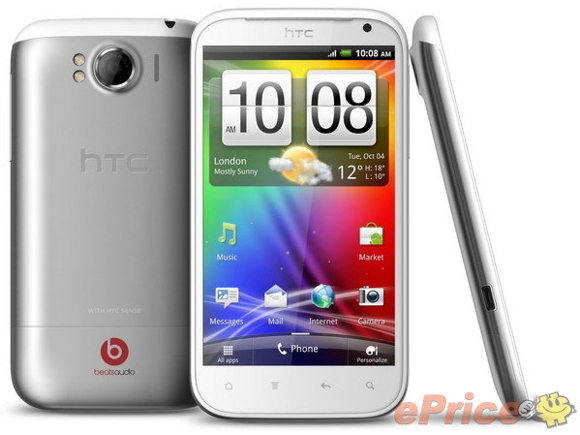 HTC has thus far not announced the Runnmede smartphone yet. Given the WVGA display–rather than more recent qHD displays or forthcoming 720p HD resolution screens–the Runnymede may be an upper mid-range handset.

Another high-end phone rumored to feature Beats Audio from HTC is the HTC Vigor for Verizon’s 4G LTE network–that device is speculated to launch as the HTC Thunderbolt 2, though the Incredible HD name has been thrown around in the past. The Vigor will also feature a 1280 X 720-pixel display.