Evidence has surfaced that indicates that the HTC Sensation 4G is still on track for a June release on T-Mobile, but unfortunately, the intel doesn’t clear up the messy bootloader situation that is making it extremely difficult for some people to get excited about this device. 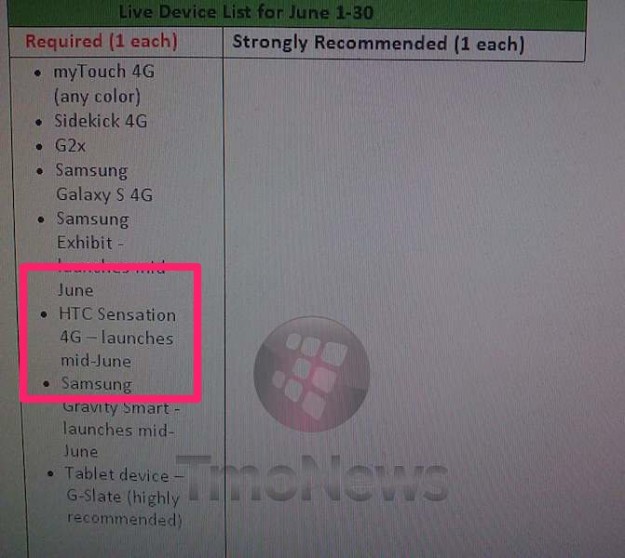 Yesterday, HTC made it clear that it would no longer be locking the bootloaders – which make it nearly impossible to customize a device – on any of their upcoming devices. Well, because the Sensation 4G has yet to receive anything official from T-Mobile, it’s unknown whether it is a part of those upcoming devices or if it’s coming with a locked bootloader.

If we had to bet on it, we’d say that HTC and T-Mobile are going to leave it unlocked, but don’t take our word for it. In any event, it appears that T-Mobile will be getting the highly anticipated device onto shelves next month, whatever the bootloader situation might be.

As for the device itself, we recently saw it show up in some photos confirming its existence and when it finally does reach T-Mobile customers, it’s going to be a specimen to behold.

The HTC Sensation 4G is going to be rocking a 4.3-inch SLCD touchcreen with 540×960 resolution, a 1.2GHz dual-core processor, 1080p video recording, and Android 2.3 Gingerbread right out of the box. Let’s just hope it’s rocking an unlocked bootloader as well.