We’re pretty sure the upcoming HTC Bliss, a phone that is apparently aimed towards women, will be arriving with HTC’s latest version of its Sense UI. Just a short time ago we saw some photos of the revamped UI but those photos have nothing on a lengthy preview video of the new software from XDA.cn that goes on for a solid five minutes and 21 seconds.

If you’re a fan of HTC Sense, and I know many of you are, this is a video that you’re going to want to watch in its entirety. The video is going to take you on an extensive tour through the new features including the new lockscreen, new widgets that can be adjusted to a size of your choosing, and a new ability to add and remove homescreens.

Overall, it looks fantastic, as HTC Sense usually does, and it looks like it has some nice upgrades from HTC Sense 3.0. 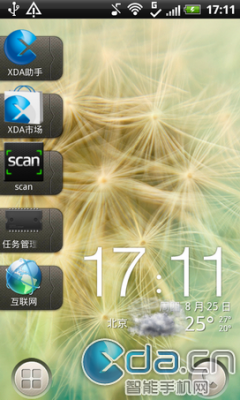 HTC Sense 3.5 is rumored to be headed to older smartphones that currently don’t have HTC Sense 3.0 so if you own one, I am pretty sure this video is going to have you giddy about the future.

No word yet though on when it might roll out.