If you’ve been waiting for the HTC Status (aka HTC ChaCha) Facebook phone to arrive on AT&T, you’ll be happy to know that the carrier just announced that it will be landing on July 17th and that pre-orders for the device begin today. 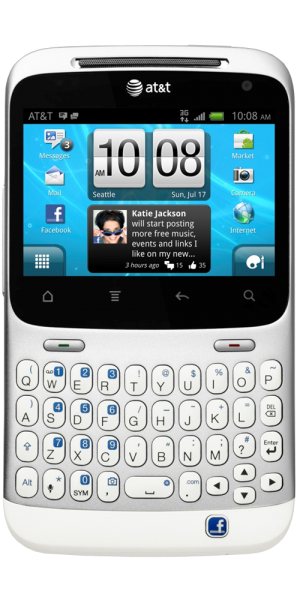 We had heard that the HTC Status would be coming this summer and more specifically in July and that is exactly what AT&T has announced today. The phone is going to be extremely affordable when it arrives on the 17th, costing a mere $50 on-contract. And while it will initially come in the white color that you see here, Best Buy will apparently be getting a special purple color at some point in the future.

Any social media addicts going to take the plunge on July 17th?