At the moment, all HTC is willing to talk about, in terms of new devices, is the new HTC One, its flagship smartphone that arrived on shelves several weeks ago. Thanks to rumors though, we know that HTC in in the process of developing several new HTC One devices including the HTC M4 also known as the HTC One Mini and a device called the HTC T6, a phablet that is also known as the HTC One Max.

Since 2011, Samsung has had a stranglehold over the phablet market, phablet of course the term used by industry insiders and consumers alike to describe devices that have both smartphone and tablet-like features. Samsung’s offering, the Galaxy Note series, has been virtually unrivaled since the first Galaxy Note model arrived on shelves in 2011. Its grip only tightened after releasing the Galaxy Note 2, a device that isn’t just a niche but is one of the most popular and best Android smartphones on the market. 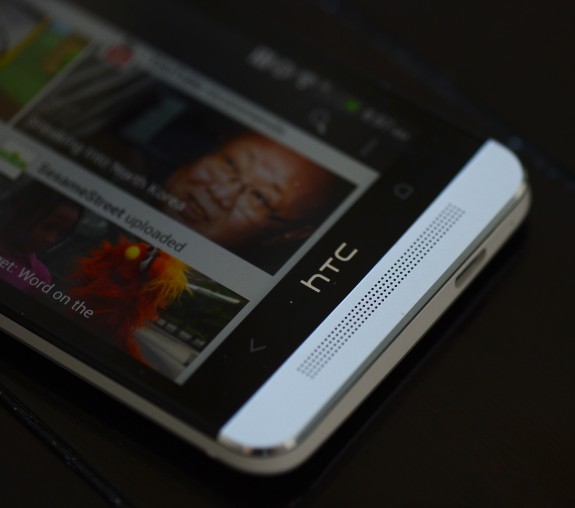 The HTC T6 is thought to be a large version of the HTC One.

That’s not to say that companies aren’t trying. LG released the LG Intuition on Verizon to try and take the Galaxy Note 2 head-on and more recently we’ve seen LG announce the LG Optimus G Pro, a 5.5-inch device with a 1080p display. The LG Optimus G Pro is a good-looking phone and is arguably better than the Galaxy Note 2. That of course doesn’t mean it will outsell it.

With the Samsung Galaxy Note 3 on the way, it’s only a matter of time before the LG Optimus G Pro becomes an afterthought, swept away by the Samsung marketing machine. There is, however, a device that seemingly looms on the horizon, a device that at least on paper looks like it could give Samsung a real run for its money.

That device is the rumored HTC T6, now thought to possibly be called the HTC One Max. The device is still firmly entrenched in the shadows but from what we’ve heard thus far, the HTC T6 is shaping up to be more than just a stab at taking on the Galaxy Note series but a serious attempt at dethroning the King of Phablets.

That said, we now want to take a close look at the five most important things we know about the rumored HTC T6 phablet.

After the initial HTC T6 rumor leaked, many consumers unsurprisingly became excited about the prospect of a larger version of the HTC One flagship, particularly one that shares characteristics of the HTC One, widely regarded as one of the best smartphones on the planet.

And while it would be great if the HTC T6 landed overnight, that simply isn’t going to happen, no matter how hard consumers try to will HTC, American carriers or otherwise.

@siegmantim We don’t comment on rumor or speculation, but stay tuned and we’ll let you know as new devices are brought to market.

Instead, HTC will likely rely on the HTC One, HTC Butterfly S and the HTC One Mini to carry it into the holiday season. Once the launch of the Samsung Galaxy Note 3 gets closer, that’s when consumers can expect to start hearing about potential release dates for the T6.

This is the device that HTC is likely going to release for the holiday shopping season, the Droid DNA was its attempt last year, so don’t expect it any time soon. 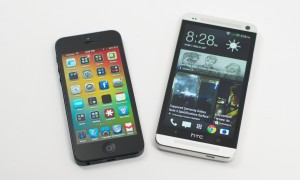 The HTC One Max name makes sense for a larger model.

HTC T6 is just a codename, just like the HTC One M7 was and is the codename for the HTC One. The HTC T6 will not arrive on shelves as the HTC T6 and while we’ve heard that it might be called the HTC One Max, that’s not necessarily going to be the brand name for HTC’s rumored phablet.

It does, however, make sense. HTC is trying to establish the One brand as a serious Samsung Galaxy competitor and to do that, it needs to drive home the name. Nothing is guaranteed at this point but given that we saw a trio of One devices released last year, it’s possible that we could see more devices arrive under the ‘One’ umbrella.

If HTC names the HTC M4 the HTC One Mini then it’s very likely that the HTC T6 will take on a ‘One’ name. A name like Max, describing its larger 5.9-inch display, makes quite a bit of sense.

Along with the name, rumors suggest that carriers are extremely interested in the HTC T6, probably due to the success of the HTC One and the Samsung Galaxy Note series overall.

While phones in HTC’s past launched on select carriers, the EVO series and the Droid series are examples of this, it’s clear that HTC is in the game of broadening its approach as the HTC One arrived not only for AT&T, but for Sprint, T-Mobile and Verizon as well.

Like the HTC One and the Samsung Galaxy S4, carriers could opt to pit the HTC T6 against the Galaxy Note 3 on their networks. Let’s be honest, there is simply no way that the big five won’t be carrying the Galaxy Note 3 when it arrives so HTC will need to do everything in its power to make sure the HTC T6 doesn’t fall on deaf ears.

A widespread carrier launch would be just the trick.

We still don’t know any pricing on the HTC T6, it’s still way too early. What we do know is that the price tag is likely going to be extremely expensive, more than expensive than the HTC One.

For one, the device is thought to be coming with a metal design rather than a plastic one. Secondly, it’s said to be coming with a large, high-resolution display, those aren’t cheap. And third, it’s thought to have a stylus bundled in. The Galaxy Note series is made of plastic, boasts a large screen and has a bundled stylus called the S Pen and it’s price at $299.99.

We can’t see HTC undercutting Samsung by much, if it does at all. Instead, we expect the HTC T6 pricing to hover around $299.99 on-contract like the Galaxy Note series.

So while it would be nice, don’t expect this device to be $199 like the HTC One. Instead, expect it to be priced like the Galaxy Note 2 and the 64GB HTC One.

All of that said, maybe the most important thing to know is that this device is shaping up to be a serious threat to the Samsung Galaxy Note 3. Rumors suggest that it has a 5.9-inch display, Ultrapixel camera, 2.3GHz quad-core processor, metal frame, 16GB of storage, 3,300 mAh battery, a stylus, and Android Key Lime Pie.

Those specification should be on par with the Samsung Galaxy Note 3. It’s no secret that HTC build quality is up there with the best. And with the HTC One and Sense 5, HTC has proven that it can deliver not only fantastic hardware but useful software as well. HTC Zoe and HTC BlinkFeed in Sense 5 are two of the main attractions of the HTC One.

What will truly make or break the T6 is whether HTC can get the big-screen, stylus software experience right. For the moment though, these devices seem to be neck and neck.