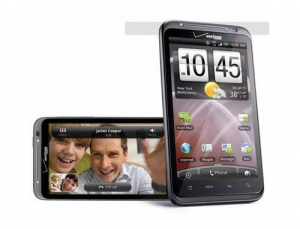 Wirefly has posted a HTC Thunderbolt product page that stresses an important feature that’s missing from the Verizon iPhone 4 and other 3G phones on the network. The Verizon Thunderbolt by HTC will be the first to support simultaneous voice and data use, whether in 3G or 4G LTE coverage areas.

This is great news for Verizon subscribers who are picking up a Thunderbolt or plan on purchasing smartphones from Big Red in the near future. If this updated technology makes its way into the iPhone 5, Verizon will likely grab quite a few AT&T customers who have been frustrated with call quality, but are locked into contracts and enjoy using apps that require Internet access while on calls.

The HTC Thunderbolt is one of the most anticipated phones of the year. It is the first phone announced to run on Verizon’s speedy 4G LTE network. Verizon’s 4G service is currently only available to wireless USB modems that can be used with laptops. There are plans to also introduce a Novatel MiFI hotspot, but there’s no word on when it will hit Verizon’s shelves.

Though Verizon has yet to officially announce a launch date for the HTC Thunderbolt, Best Buy has been taking reservations since February 6. There have been countless rumors of why the Thunderbolt has been ‘delayed,’ with some evidence pointing out that Verizon may have been required to space major product launches apart from the launch of the iPhone 4 and iPad 2 on its network. We’re also awaiting official 4G data pricing, which will likely be more costly that those found on Verizon’s 3G only plans.

While Best Buy is claiming to be the exclusive nationwide retailer of the HTC Thunderbolt, the device will be available at Verizon Wireless stores and Wirefly at launch.

The Verizon Thunderbolt by HTC was originally introduced at CES 2011. We went hands-on with the device then and have seen it a couple of times since. It’s perhaps the most impressive Android phone we’ve seen to date and plan on reviewing it as soon as it becomes available.

You can read about our experience of pre-ordering a Thunderbolt at Best Buy here. You can read more about the HTC Thunderbolt’s specs and watch hands-on videos here.