Yesterday, we learned from an HTC rep that the HTC ThunderBolt’s Gingerbread update was still on track for a release in September and that it would be rolling out to owners very soon. As it turns out, the HTC Twitter account was not full of it as the ThunderBolt’s Gingerbread update changelog has appeared over on Verizon’s website, a sign that the update is primed and ready for a roll out.

Update: The HTC ThunderBolt Gingerbread update is now available. The changelog you see below is wrong. Verizon pulled it.

The update is going to be build 2.11.605.3 and it’s going to be bringing quite a few enhancements besides Gingerbread itself. So, let’s take a look at what you ThunderBolt owners should be getting very, very soon. 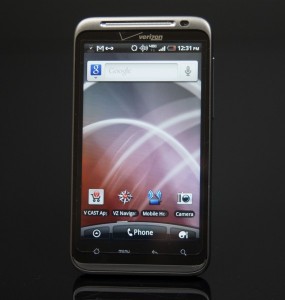 + Download Manager App:
New App to manage all of your downloads from web browsing,
email attachments and other apps.

+ App and Power Management Details:
Under Manage Applications, a new “Running” tab displays a list of active
applications and the storage and memory being used by each. Power
efficiency mode option has also been added under Settings > Power.

+ Dock Icons:
Static Phone, App Launcher and Contacts icons are replaced within a
customizable dock. Three swappable icons and the App Launcher icon
are fixed to the Dock at the bottom of all home screen panels for easy
and instant access.

Not a bad haul right? It would be nice if they included a bigger battery with the update but alas, these enhancements are going to have to do. Be on the lookout for the official roll out soon folks.