HTC ThunderBolt owners can add another chapter to the saga of its missing Ice Cream Sandwich update as HTC USA today claims that it’s still working out connectivity issues, issues that seem to be holding back the update from a public release.

In a tweet today to a curious HTC ThunderBolt owner, the HTC USA Twitter account let loose an interesting but unsurprising tidbit as to the whereabouts of the missing HTC ThunderBolt Ice Cream Sandwich update, an update that has been held back since the end of August.

According to HTC, the company is working on correcting connectivity issues with the update. This is the same response we saw HTC give to a Droid Incredible 2 owner back at the end of November and it’s something that we heard about previously in regards to the HTC ThunderBolt. 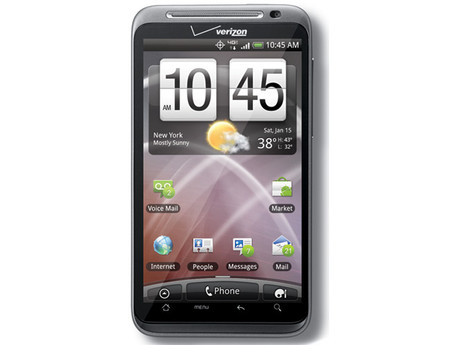 The HTC ThunderBolt ICS update is apparently being held back by connectivity issues. Same as the Droid Incredible 2.

Back at the end of October, we heard from a HTC ThunderBolt owner, suffering from connectivity issues, who claimed that Verizon told him that they were closing his support ticket because they were going to issue an update to fix the problem. Verizon had hoped to get that update by Thanksgiving with the rep saying that it would be coming soon but obviously, that holiday came and went with out a release.

From HTC’s response though, it’s looking like the update that will tackle these issues is indeed the Ice Cream Sandwich update and it appears that it’s a fix for these connectivity issues that’s holding the update back.

So while this isn’t the best news, it is, again, a sign that the update is still going to roll out to HTC ThunderBolt owners, it’s really just a matter of when.

Earlier this week, we reported that HTC USA’s Twitter account had said that the update would be coming out soon but with it now saying that it’s still ironing out issues, owners could definitely still be in for a wait.