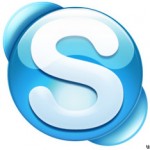 Skype released a new version of its Android app to address security concerns. A pre-release version of Skype was leaked last week for the HTC Thunderbolt. Those who installed it risked exposing personal information including date of birth, account balance, address, phone number and more.

Those who’ve installed Skype on the HTC Thunderbolt should upgrade immediately.

The security concerns were exposed a couple of days later.

Skype just sent out a mass email to Android user who’ve installed the app. In the email, Skype’s chief information security officer states that there have been no reports of malicious attacks and that the company’s engineers worked through the weekend to patch things up. Here’s the email in its entirity:

The new version of Skype for Android is 1.o.o.983 and is available now in the Android market.  Unfortunately, it looks like you won’t be able to place or receive video calls via Skype for the time being.

Verizon 4G LTE users, which pretty much means Thunderbolt users for now, will have to wait until the middle of the year to get Skype video calling. This feature was announced back in January during CES 2011.