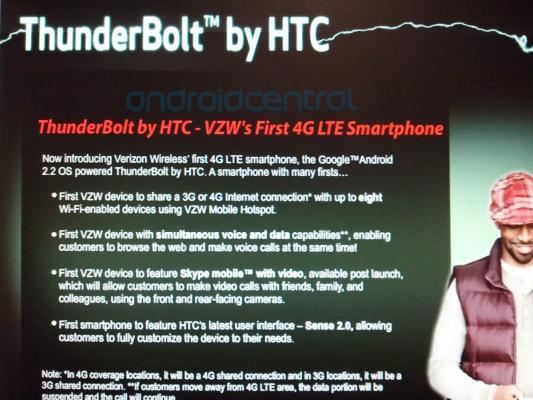 According to a leaked image of training materials for the Verizon Wireless HTC ThunderBolt Android smartphone, the phone will be the first Verizon device that supports simultaneous voice and data use, something that GSM phones have enjoyed for a while now. The ThunderBolt will support voice and data use at the same time while on Verizon’s 4G LTE network, however, if you move out of 4G into a 3G coverage area, your data will suspend while the call will continue according to the image obtained by Android Central.

It’s unclear still when the phone will launch. Verizon had announced the ThunderBolt as one of four LTE 4G phones at CES. HTC will also be joined by Motorola, Samsung, and LG in the carrier’s 4G LTE lineup.