It appears that one of the the nightmare’s plaguing HTC ThunderBolt owners across the country will end tonight as some good, physical evidence has surfaced indicating that the ThunderBolt will receive an update tonight that will take care of the reboot issues. 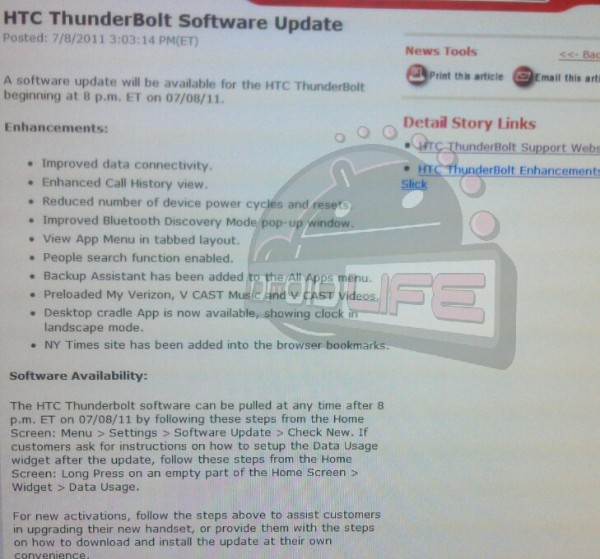 For those unfamiliar, it’s been about two months since Verizon rolled out an update to the ThunderBolt that started causing the 4G LTE smartphone to randomly reboot with provocation and it has led many ThunderBolt owners to either return their phone or voice their frustrated opinions across the internet.  Well, those frowns will soon turn into semi-smiles as evidence from Droid-Life indicates that an update will be rolling out tonight at 8PM EST.

This is what the update is supposedly going to bring:

It should be available to manually install at 8PM for those of you with HTC ThunderBolt’s. Keep in mind that this is not Gingerbread and is a maintenance update. Gingerbread shouldn’t be too far off though.

Keep an eye out and let us know when you see it.